Meeting to focus on flood-control measures

THE Asian Network of Major Cities 21 (ANMC21) conference taking place from Nov 20 to Nov 22 at the Legend Hotel Kuala Lumpur will focus on flood-control measures practised by Asian countries.

This year’s theme is Flood Mitigation Projects and Malaysia is playing host, 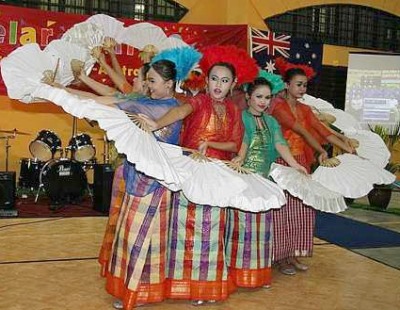 Perfecting their moves: Participants practising the exotic fan dance which ispart of the performances under ‘Enchanting Asia’.

Norma said eight cities taking part in the conference would be presenting their papers and sharing information on how they had tackled flood problems in their respective cities.

“Reports and progress outcomes are made at the meetings and common concerns like housing for the poor and flood mitigation will be discussed,’’ Norma said.

She added that since Malaysia was hosting the conference this year it was decided that flood-mitigation measures was the suitable topic of discussion.

Norma: Reports and progressoutcomes are made at the meetings

“As part of the programme, we will be taking delegates to visit our SMART tunnel as delegates want to see it first hand and understand how it works. It is after all the world’s first and many are excited about it,’’ she said.

Norma added that on DBKL’s part, the local authority was keen to learn more on disaster management as it was applicable during floods.

“Cities like Tokyo, for instance, would have many crisis management programmes to share and we are keen to learn and adopt ways that would benefit us as well,’’ she said.

In addition to the plenary meeting, the conference will also conclude with the adoption of a joint declaration whereby each city will undertake a project.

“For example, Kuala Lumpur will undertake an urban development and management project whereby we will conduct courses and invite participants from member countries to attend,’’ she said, adding that experts from the Asia Pacific and in some cases even Britain and France would be brought in to share information.

On a lighter note, Norma said as part of the event there would also be a cultural programme entitled “Enchanting Asia’’ from today to Nov 22 at the Mid Valley Exhibition Centre.