Have a heart for the arts

Tightening your budget doesn’t mean you have to shun the museums, too.

BROTHER, Can You Spare a Dime?” That was a song about the Great Depression and in these days of belt-tightening, in a twisted context, who has money to spare for the appreciation of arts and culture?

Especially in New York City where the average Broadway ticket reportedly cost about US$76. 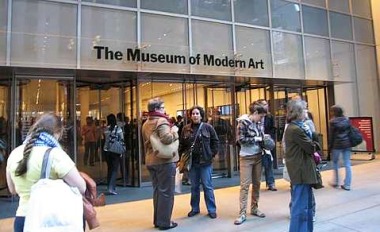 But living frugally does not necessarily mean shunning the museums in Gotham, many of which are of international repute and standard. These museums have allocated certain days of the week which are either free or pay-as-you-wish.

Take the Museum of Modern Art (MoMA), a hallmark of modern art institution throughout the world. Admission is free every Friday from 4pm to 8pm.

It is billed as “Target Free Friday Nights” as it is sponsored by the national retailer, Target.

The line is dreadfully long by 4pm, but museum staff hand out the tickets in a speedy manner so it is usually just about a 20-minute wait. No worries about the tickets running out; everybody gets in.

There is now an exhibition at the MoMA called “Van Gogh and the Colours of the Night”, which runs till Jan 5.

Pardon the cliche, but Don McLean’s hit song Starry Starry Night dedicated to Vincent van Gogh could not stop playing in the mind during visits to the exhibition.

The display, which features 23 paintings by the Dutch artist, has been pulling in the crowds, all besotted with the works of the man who is equally known for his struggles against his own demons; a genius who took his own life at the age of 37 in 1890. One of a kind: Visitors at Museum of Modern Art (MoMA)checking out “Gold Marilyn Monroe” by Andy Warhol.

As for the venerable Metropo-litan Museum of Art, a “suggested” admission fee of US$20 is requested.

Its website declared: “To help cover the costs of special exhibitions, we ask that you please pay the full suggested amount.”

Still, a “suggested” fee remained just a suggestion; visitors are free to interpret this whichever way they like. The counter staff at the museum would often ask “how much?” if you hand them a US$20 bill as they need to confirm the amount you are paying.

Likewise, the American Museum of Natural History also has what it described as suggested general admission of US$15 for adults.

All that is required before visiting museums here in New York City is a little bit of homework on their websites.

The Museum of Arts and Design (MAD), which opens to the public on Sept 27 at its new site in Columbus Circle, is indeed the latest cool place to check out the creativity of the artists.

General admission to MAD is US$15 but on Thursdays between 6pm and 9pm, it will be “Pay-What-You-Wish”.

There are, of course, museums which allows free entrance at all times. But among those which have “special deals” where you can get in cheap are:

· Whitney Museum of American Art: Pay-What-You-Wish admission on Fridays from 6pm to 9pm.

· The Frick Collection: Pay-What-You-Wish on Sundays, 11am to 1pm.

· Museum of Sex: Tickets are US$14.50 but its website provides a $3 printout discount.