It is a dog’s life

A carnival-like atmosphere prevailed as dog lovers gathered at Taman Gelora in Kuantan for the second Charity Doggie Open Day.

Various booths selling a host of items were set up at the site for visitors to buy using coupons. Proceeds from the sale went to the Kuantan Animal Rescue & Education (KARE). According to veterinary surgeon Dr Bhajan Singh, the event was to promote awareness on stray dogs besides raising fund for KARE.

“We plan to open an SPCA (Society for the Prevention of Cruelty to Animals) in Kuantan that deals with the awareness and education on cruelty to stray dogs.

“We also hope to reduce the number of stray dogs roaming the streets.” he said. 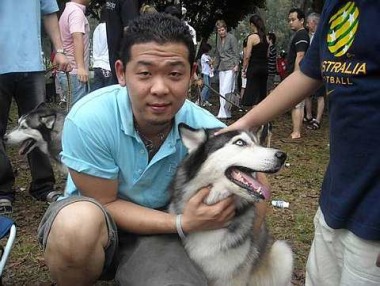 During the open day, the activities lined up included dog shows, dog obedience demonstration by the Selangor and Johor Working Dogs Club, colouring contests for the kids and a dog photography contest.

A visitor, Lika Magarita said her family members were dog lovers and they pampered their nine-month old Shih-Tzu named Lucky like a baby.

“This is the first time I am bringing Lucky out, so he’s all hyped up,” she said. However, the dogs that stole the hearts of the public were mother and daughter Cody and Gigi, two Siberian Huskies owned by two close friends, who wished to be known only as Terry and Simon.

“Gigi has been with me for three years while Simon has had Cody for five years,” said Terry, adding that he was delighted that his dog Gigi won the overall champion title in the dog show.

He added that Huskies howled like wolves instead of barking.

Despite the hot weather, the dog lovers and their pets had fun frolicking around and getting to know each other better.