Residents concerned over land use

RESIDENTS of Taman Segambut Aman, Kuala Lumpur, are concerned over the use of a plot of Tenaga Nasional Bhd (TNB) land in the neighbourhood.

The residents claim that illegal operators are using the land to store heavy vehicles and equipment and said that a workshop and housing for foreign workers had also been built at the site. Resident Soh Eng Shiong, 43, said many lorries went in and out of the plot of land.

“This has been going on for about four years and, each time the lorries pass by, the place becomes dusty.

“Some foreign workers are also staying at the plot of land and we believe they have made a connection from the toilet to the drainage system.

“This is unhygienic and inappropriate,” Soh said.

Resident Lim Tin Yew, 37, said they had complained to TNB but the company only said it would report the matter.

‘We also made a complaint to the Kuala Lumpur City Hall (DBKL), who came to check on the condition of the road. The DBKL officers said it was TNB land and there was nothing they could do,” he said.

Segambut MP Lim Lip Eng, who visited the site, said he had contacted TNB over the matter.

“I was informed that TNB representatives had come here many times and their only requirements are for the area to be kept clean and that no high structures be built.

“I will seek official clarification from the DBKL and the Federal Territories Ministry health departments on clearing this place up,” he said.

The residents are also concerned over a recycling centre in the area, which they claim could be a breeding ground for dengue mosquitoes.

Recycling centre operator Liaw Kok Kheng said he had rented the land for the past six years. He added that he would clear the area soon and that he would carry out fogging works every two weeks to check the spread of mosquitoes. 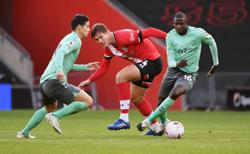