FANCY watching your favourite TV channels on the small screen of your mobile phone?

The latest models were launched by Deputy Youth and Sports Minister Wee Jeck Seng at the Mines Shopping Fair in Seri Kembangan. 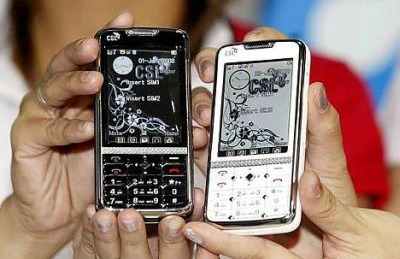 For TV addicts: The DS51 and M51 displayed at the launch.

The M51 is the sixth of the TV PDA phone in the CSL series, which is equipped with analog TV functions which allow users to watch most of the free-to-air TV programmes.

The other features include a dual camera, bluetooth with A2DP, FM radio, handwriting recognition and key input, MP3 and MP4, video and sound recorder.

“It is designed with a stand for convenient TV watching. It is now available at all authorised CSL oulets nationwide,’’ said CSL group of companies general manager (sales and marketing), Edwin Gan.

Gan said since day one, CSL had produced and manufactured up to 25 models and are actively selling 14 models in the market now, with about 25,000 units sold on average each month. 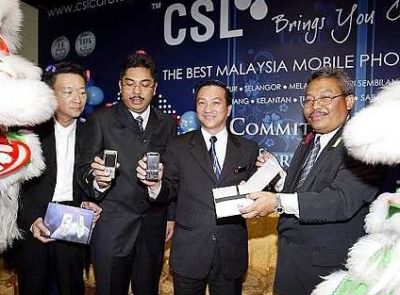 “However, our top sales are the TV series which have sold more than 60,000 units since we started operations in November last year. The latest M51 series is expected to boost our sales in the TV series,’’ added Gan.

With CSL models making a breakthrough in the local market, Gan said it was just a matter of time before they better their present fourth position.

“We are confident of our gaining a better position in the phone buisness as the latest models come with exclusive features such as a 15-month warranty and pre-installed Islamic features such as azan, the direction of the kiblat and Quranic verses which will be appealing to the Muslim community,’’ said Gan.

CSL has set up a one-stop centre at The Mines Shopping Mall to provide a solution centre for servicing and repair of their mobile phones.

“This is our 18th care centre. Besides this, there are also five new concept kiosk based at the Digimart venue. In total, we have more than 50 retail outlets/kiosks nationwide,’’ added Gan.

He said their aim was to expand to Sabah and Sarawak by the end of the year.