Sound of soca and jamoo at rainforest fest

KUCHING: They are Trinidad and Tobago’s royal family of music, representing the legendary founder of soca and jamoo, two genres of world music.

They are artiste extraordinaire Sheldon Blackman and The Love Circle, and they will be performing at the upcoming Rainforest World Music Festival (RWMF) in Kuching, Sarawak, from July 11 to 13.

Their performances at RWMF will feature two-time national Calypso queen Abbi Blackman and Issac Blackman. Together they are expected to rock the festival with their soca and jamoo beats.

An accomplished arranger, composer, musician and singer, Sheldon began his career in music when he was five. He and his twin brother Eldon were born on October 18, 1978, and his natural love for music was recognised and nurtured by his late father the legendary Ras Shorty I (Garfield Blackman) who founded the Soca and Jamoo music genres. 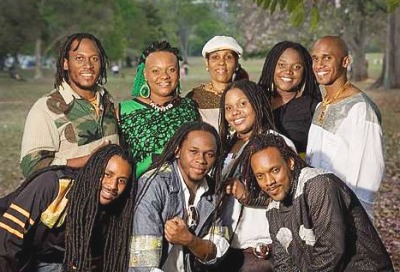 When his father died in 2000, Sheldon was asked to lead The Love Circle, which the senior Blackman founded in 1979. Today, the group is made up of the younger Blackmans and they are multi talented with each member playing a least two instruments including the versatile steel pan – the national instrument of Trinidad and Tobago.

Sometimes performing as a solo artiste, Sheldon’s rhythms and lyrics are based on an understanding of the crises, hopes and visions of the masses, and this makes him popular among youth.

His involvement with youth in his community spurred the United Nations to use his song Blessed are the Elders as the theme song for the International Year of the Elderly in 1999.

From soothing ballads to energetic rhythms, Sheldon and The Love Circle share beautifully-orchestrated music brimming with joy and celebration.

Sarawak’s very own group Kan’id, SeniDa and Anak Jati Bisaya Orchestra will showcase the state’s rich musical culture. They will be joined by Akasha from Kuala Lumpur.

For details on the festival, log on to www.rainforestmusic-borneo.com