He said there was plenty of fertile land in Tampin, Jelebu, Gemas and Kuala Pilah which had remained idle for years. 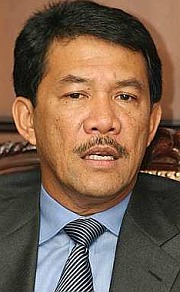 “The state exco has agreed that we rent these parcels of land to increase our food production.

“We need to create our own mini stockpile because Negri Sembilan imports most of its food,” he said after chairing the exco meeting at his office at Wisma Negri.

Mohamad said this was necessary as many food producing nations had stopped exporting due to the global food crisis.

“I have told the relevant government agencies to refer to the state exco as quickly as possible on this. Since we have land, why not work on it,” he said.

He said the landowners would be paid the rent in advance as the state government wanted to reduce its dependency on imported food.

“We also want more people to participate in the Bumi Hijau campaign so that they can grow their own greens.

“This would be a better solution when you have a food or energy crisis looming as you would not only be able to save money but there would be food on the table for the family,” he said.

Mohamad said the state government also hoped that managements of plantations or estates would grow vegetables where they had empty space.

“Since most of their employees only worked during the mornings, it would be good if they were encouraged to grow vegetables.

“This would go a long way in helping us reduce our dependency on imported greens,” he said.

He said the private sector could also set up ventures with estate managements to produce greens.

“Some estates have big parcels of empty land.

“If the managements are agreeable, it would be able to earn money from such deals,” he added.