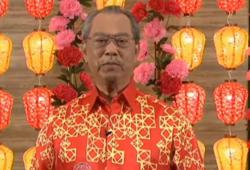 THEY are crunchy, tasty and addictive. Once you start crunching on ngaku (arrowhead) crisp, it's hard to stop. These crisps, which look like potato chips, are made from the ngaku, a tuberous vegetable from China which has a woody taste.

Also known as Chinese potato or swamp potato because it grows in water, the ngaku is only available during the Chinese New Year celebration as it is a seasonal vegetable.

Commonly sold in plastic bottles at wet markets before the start of the festive celebration, ngaku crisps are pricier than the humble potato or tapioca chips. They cost from RM8 for a small container to RM18 for a big one.

While it is easy to munch away these delicious crisps, producing a container of ngaku crisps is labour intensive.

“It takes around two hours to clean, peel and slice enough ngaku to fill a big container. Frying only takes about five minutes and you must be quick to take it out of the oil as it turns brown very fast,” said ngaku maker Lim Bee Tin, 60, when met at her flat in Taman Tun Sardon in Penang recently.

Lim who is expecting orders of at least 400 containers of ngaku crisps this year, has been busy producing the crisps. In addition, she also makes peanut cookies, kuih bangkit and ‘bak hu pia’ (pork floss biscuit).

The floor of her small kitchen is filled with pails of sliced ngaku and potatoes immersed in water. A huge wok and two large cooking pots filled with oil are lined in a row at her stove, ready for frying.

Lim scoops the ngaku slices into a colander to strain the water before dipping it into hot boiling oil, stirring it occasionally. Within minutes, they are cooked and she transfers them to a tray where a worker seasons them with salt and sugar before packing them into the containers.

“Work usually starts at 7am and ends only at night. In a day,I can produce about 100 containers of ngaku fries with the help of my workers. The hard part is peeling and slicing the ngaku. It has to be very thin or else it won’t taste nice.

“So far, I’ve bought 30 cartons of ngaku from the Lebuh Macallum market as it is cheaper there. Each box is RM32 and 25kg of oil is used to fill the wok and two pots for deep frying,” she said, adding that the more oil used, the better the crisps would taste.

During the cooking oil shortage recently, Lim had to stop production for five days.

“I’ve been producing potato chips for the past 20 years but five years ago, one of my sellers suggested I try making ngaku crisps. Back then, it was still a new snack.

“Ngaku was originally stir-fried with pork during Chinese New Year. I do not know how it ended up as crisps,” she said. 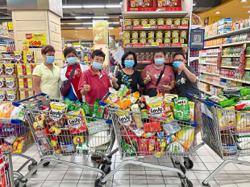 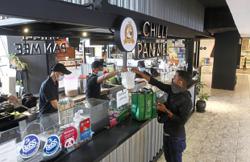