KOTA KINABALU: Children of mixed marriages of whom one parent is a Sabah bumiputra can now have their native status validated by the state, after a 25-year wait.

State Local Government and Housing Minister Datuk Hajiji Noor said the state, through the Sabah Native Affairs Office, would verify their status on a case-by-case basis.

“It is, however, only a verification document. It is not a Native Certificate that can only be issued by the Native Court,” he said.

The Sabah government had frozen the issuance of such certificates on April 22, 1982, due to numerous instances of abuse and Hajiji said there was no lifting of the freeze as yet.

“The state Cabinet has decided that, while the freeze has its merits and its lifting can be done only after a careful study is done due to its sensitivity including past abuses, a temporary measure is needed so that genuine natives do not continue to lose out,” he said.

He said those entitled to the native verification document included applicants of whom one parent was a native with his or her race stated in the birth certificate or in possession of a Native Certificate certified by the court.

Hajiji said the document was virtually as good as the Native Certificate as its holders would be able to enjoy the benefits accorded to Sabah’s bumiputras including inheriting or acquiring native titled land. 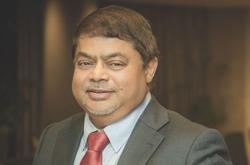