Fans to make their presence felt at badminton event

NATIONAL shuttlers competing in the Aviva Singapore Open to be held at the Singapore Indoor Stadium from May 1 to 6 will not be missing out on vocal and moral support if they progress to the semi-finals.

Famemas Supporters’ Group will be making their presence felt again at the arena on the penultimate and final day of the competition.

“Our staunch backer Samsung has agreed to sponsor the bus for the trip. The bus can accommodate a maximum of 45 supporters. So far, 10 of our hardcore members have confirmed their participation while about 20 have indicated their interest,” said Famemas pro-tem committee chairman Lee Hui Seng.

Having witnessed the men’s doubles combination of Koo Kien Keat-Tan Boon Heong clinch a winning start at the opening leg of the Super Series on home turf at the Kuala Lumpur Badminton Stadium in January, a busload of badminton fans from the group will be travelling to Republic for the fifth of 12-leg Badminton World Federation (BWF) Super Series.

“We hope that our pair (Koo-Tan) will maintain their winning form ahead of the World Championships to be held in Kuala Lumpur in August. In addition, other national players may spring a surprise in Singapore,” said Lee.

The group is scheduled to leave for Singapore from Plaza Sentral in Kuala Lumpur on May 5 (6.30am) and return after the finals on the following day.

“Although the transportation is provided for free, other expenses including accommodation, meals and tickets are not included,” said Lee.

“We have made arrangements for our group to spend a night in Johor on Saturday. A single and twin sharing basis room will cost RM80 and RM45 per person respectively. Meanwhile, entry fee to the stadium is at SGD11 (RM25) for each day,” added Lee.

Currently, the group formed for the Busan Asian Games in 2002 has a database of more than 1,000 members.

“Anyone can sign up to be a member. Lifetime membership fee is at RM20 per person,” said Lee. 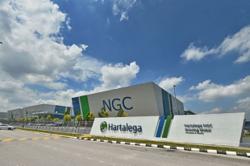