But she has to put her academic interests on hold as squash is still the number one priority in her life.

“I don't know when I will be able to study again. But I will definitely take up aca-demic courses one day,” said the Penangite who has become a two-time world champion.

Nicol, 23, said this after being honoured as the Universiti Sains Malaysia Golden Key honorary member.

Nicol leaves for Australia today to train with former great Sarah Fitz-Gerald. She will return at the end of the month and head for her training base in Amsterdam in early February.

Membership to the Golden Key is open by invitation for graduates with Cumulative Grade Points Average of at least 3.5.

Golden Key is a non-profit international body. It has five chapters in Malaysia. About 100 new members were accepted into the Golden key fraternity at the function recently.

USM deputy vice chancellor (Academic and Interna-tional Affairs) Professor Datuk Dr Rosihan M. Ali said the university was honoured to have Nicol as one of its Golden Key honorary members.

“We are looking for all- rounders like Nicol who excelled in academics as well as co-curricular activities,” he said.

Nicol scored 7As in PMR and 7As in SPM.

Golden Key regional director Jimmy Teo said a string of programmes had been lined up for the members.

“Our aim is to prepare excellent students for the working environment and to get them involved in community programmes,” he said, adding that Golden Key was brought to Malaysia by Moto-rola in 1997. 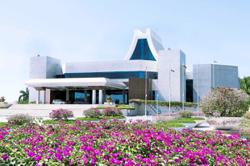 Fight to helm Sabah state govt not over yet