Instead, they received cash vouchers at the event held at the Impian Golf and Country Resort in conjunction with the three-day PNB WIC event at Ilham Resort in Port Dickson.

The more than 100 participants did not mind the change from the golf items and electrical appliances that they used to take home as prizes.

PNB chairman Tan Sri Ahmad Sarji Abdul Hamid said the golfers’ wives would definitely welcome the change, as they would have grown tired of collecting electrical items brought home by their husbands after each tournament.

“We saw the need for gift vouchers so that husbands and wives can now go shopping and buy what they need instead of forcing on them items which they do not need. I am sure the wives would now allow their husbands to play golf more often,’’ he joked.

This is the second consecutive year PNB is hosting the PNB World Investment Challenge, an international event attended by fund managers from major financial hubs all over the world.

The local challenge was also held in conjunction with the recent opening of PNB’s first global office in London although its involvement in the international arena has been ongoing since 1988.

The overall winner was Maybank’s Rusli Abu Amin, while CIMB’s Emery Ismail and Hasan Mohamed of Maybank bagged the participant and invitee’s categories. 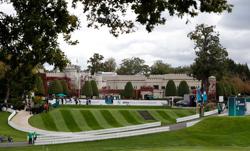 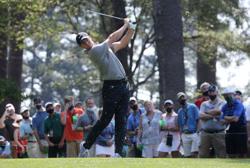