Filial obligation and stress made Liew Choon Kong quit the construction trade in 1998 and take over the family’s tea business. Today, both he and the business he inherited are healthier for it, reports HO WAH FOON.

AMID the hustle and bustle of Chinatown, many hurry past the unassuming tea merchant shop on Jalan Sultan, oblivious to the rich history and heritage of the Koong Wooi Fong (KWF) tea shop.

It was here that one of Kuala Lumpur’s oldest surviving tea trading posts of the Hakkas was set up in 1928. Today, its Montea brand is one of the best-known local labels, and the business – after 87 years – is still in the family hand, managed by the fourth generation led by Liew Choon Kong.

It was also here that some of chequered history of the early Chinese immigrants unfolded. Embedded in the Koong Wooi Fong (KWF) Tea Merchants Sdn Bhd shop are touching tales of the first owner, scholar Liew Da Zhi, who housed and fed impoverished fellow Hepos (a sub-group of Hakkas) from China in the interval as they sought employment in this “land of opportunity” called Nanyang.

Naturally, it was here that the Hepos gathered to send their hard-earned money, biscuits, clothes and other material goods to their relatives in Guangdong Province in China, through the help of the scholar.

This legendary Liew Da Zhi and his benevolent acts have been recorded in Malaysia’s Hakka history and he is referred to as a “community philanthropist”.

“This shop is more than 100 years old and is of historic importance. Before the tea business, it used to be a gathering place for Hepos who had just arrived from China. My great-grandfather’s name Liew Da Zhi still carries the image of a philanthropist among the Hakkas,” says Liew, beaming with pride, as he stands beside the bold Chinese characters of KWF embossed on the front pillars of the shop.

Liew Da Zhi established KWF in 1928 on Jalan Sultan as a grocery stall trading mainly in tea leaves, but also dry grains and Chinese herbs. Prior to that, he was working as a bookkeeper in Batu Caves, after emigrating from Hepo district, Guangdong province in 1911. 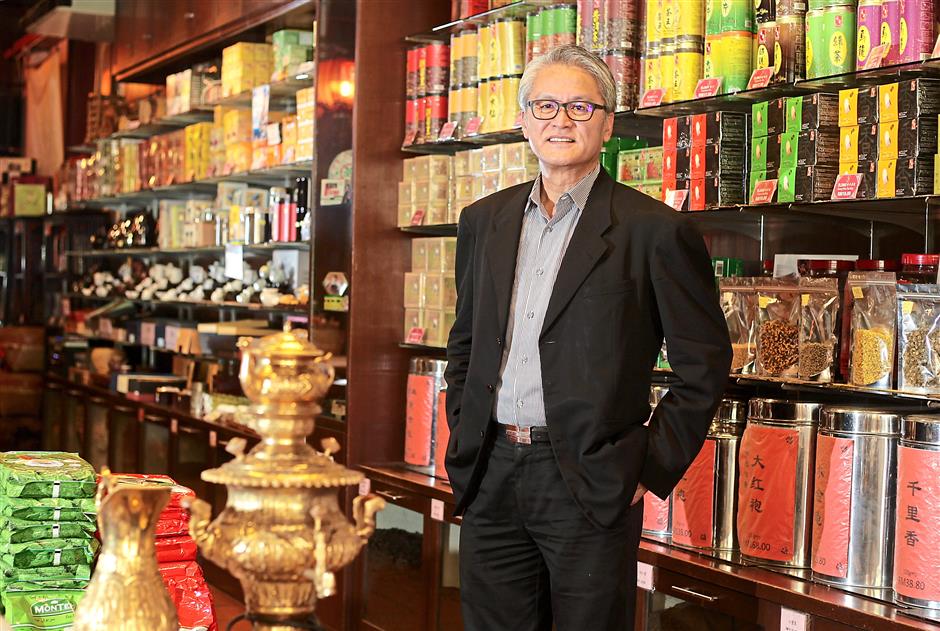 Liew says life was hectic and strenuous when he was working in construction.

“This community spirit of Liew Da Zhi was inherited by my father. When I was young, people used to gather at this shop from 4am till lunchtime to sip tea and chat with my father. My father co-founded the Malaysia Hakka Association, the Malaysia-China Chamber of Commerce (MCCC), and the Tea Trade Association of Malaysia,” adds Liew.

Today, KWF is still busy – but not with people sitting around chatting noisily. This scene has been replaced with one of fast moving workers loading and unloading cartons of tea. The tea business has been expanded, covering not only imports, but also wholesale, retail and manufacturing of tea.

Liew says he took over the management of the family business in 1998 after quitting his position as consultant and contractor in the construction business he had built up.

Perhaps, not surprisingly, he has inherited the leadership trait that runs in the family. The UK-trained civil engineer is now a vice president of the MCCC and president of the Tea Trade Association of Malaysia. Liew says he spends a lot of time guiding his Malay counterparts on how to do business with China.

Why did he decide to take over the family business in 1998? “As the eldest son in a Chinese family, I felt compelled to take over the management of the family business. My siblings are overseas,” says the 58-year old as he sips pur er tea.

In addition, two events in 1998 helped him to make a clean cut with construction business. One was the fact that it was very difficult to collect payments in 1998 after Malaysia was hit by the Asian financial crisis. On top of that, he also suffered severe backache for six months, and this changed his outlook on life.

“Life was hectic and strenuous during the construction days. I undertook the construction of three LRT stations, which could only be carried out between midnight and 6am. The work stress could be one reason for the backache which immobilised me for six months,” Liew recalls.

Since 1998, the jackhammers and pneumatic drills have been replaced by tea and its paraphernelia. Life became more serene and contemplative. But once into it, the fourth generation man set out to modernise the conservative business and broaden the variety of tea brought in. Even Chinese nationals buy tea from KWF because the tea they imported from China go through stringent checks.

While the past three generations only imported tea from China, Liew included black tea in the inventory after he saw its potential growth from the growing popularity of mamak stalls and the emergence of tea and coffee culture.

KWF sells tea of diverse grades to cater to the varying needs of the customers. And every Wednesday, KWF will send a representative to a tea auction in Jakarta, which is the only one of its kind in South-East Asia.

Under Liew’s stewardship, KWF’s tea is sold under the brand name of “Montea” in supermarkets and hypermarkets.

“Managing tea business under KWF is easy for me. The good reputation established from the past is helpful. From my great-grandfather’s time, we have upheld honesty and integrity as our way of doing business. This has earned the trust of customers. This is a building and business with a lot of history behind it.

KWF’s reputation has travelled far and wide. Today, even Chinese nationals come to buy Chinese tea from KWF to bring back to China.

“They know our imported tea from China is of quality as the commodity has to go through stringent checks at export points in China, and the level of mineral residues is low,” Liew explains.

Under the fourth generation, the tea business has thrived and now boasts of an annual turnover of close to RM30mil – many times over the old business. But Liew declines to disclose the actual figures for profits as “tea prices fluctuate with international prices and foreign exchange rates”.

He says there is high potential for growth in the tea business due to the rising awareness of the health benefits of tea and the jump in the number of tea drinkers. The discovery of medicinal value and antioxidants in some tea varieties has also encouraged more consumers to turn to this affordable beverage.

“We can see more people drinking tea now. Last year, Malaysian consumption of tea rose 23% to 28,500 tonnes. Teh-tarik is a Malaysian culture now and there are also more activities to promote tea-drinking,” he says.

While many Chinese family businesses fail to prosper beyond the third generation due either to family feuds or the squandering of wealth or both, KWF stands out as one of the few family businesses that have withstood these challenges.

“We are very traditional in our values, and family harmony keeps us together. This business will pass down to many generations to come as we see that there will not be discord,” Liew asserts.

Although the company possesses the kind of track record that makes it suitable for listing, there is no plan for it to go public and float its shares. “Tea business is of a low-risk and slow-growth nature. Hence, it cannot expand quickly and its share will not be exciting for investors. Also, listing can pose a lot of problems and issues for us,” he summarises.

Unlike his fellow businessmen, Liew is unfazed by the current economic slowdown.

“Tea business is recession-proof. In the previous two economic crises of 1987 and 1998, tea sales went up as more patronised Mamak stalls for cheaper meals, instead of going to restaurants. It will not be different this time,” he opines confidently. 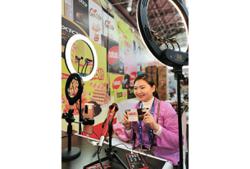 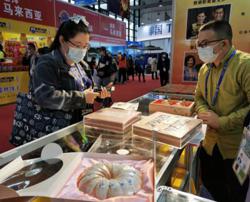