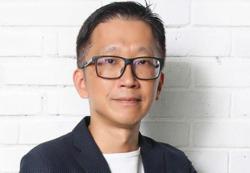 A performance drummer entertaining guests at the start of the event.

RUNNING fashion online store Twenty3, which serves more than 20,000 customers from 20 countries, has been a steep learning curve for founder Sherlyn Tan but her passion for fashion has finally been acknowledged and rewarded when she was announced the champion of the Alliance Bank SME Innovation Challenge 2015.

“In the past, people were not supportive of our ideas so this is a big encouragement. The prize money will go a long way in helping us with our plans to expand the business.

“We will now also be able to do some marketing, which we never had funds to do previously,” Tan said.

Tan, who was dressed in a romper from Twenty3’s own line of clothing called SHER, could barely hold back tears of joy when her win was announced.

“Truth be told, I did not expect to win because there was some pretty good competition. I felt like the company and I have already benefitted a lot from joining this challenge.

“I found the leadership segments particularly useful. I shared what I learnt with my team and I feel that we are all much more closer now,” Tan said.

Her advice to other entrepreneurs out there is to believe in their passion and give their dreams everything they have got as dreams can come true.

“The prizes you all take home tonight are not meant to make you rich but are a lifeline to make your dreams come true,” he said.

Alliance Bank group chief executive officer Joel Kornreich was also all praises for Tan, saying that her vision for her company was similar to what the bank envisions for its own business.

“Our vision is to be the most important relationship in our client’s journey to success.

“We have good relations with them, with some coming up to tell me that we were there and were willing to work with them through their hardest times.

“We see Tan’s passion and desire to provide support to designers as a wish that comes from the same place as ours,” he said.

Amos Chong, who founded mille crepe cake company Humble Beginnings, took home RM200,000 as the first runner-up of the challenge and was also overwhelmed by his win.

“The challenge has been a great learning experience. In fact, I am considering sending my staff for the employee-targeted training organised under Alliance Bank’s BizSmart Academy,” he said.

One of the founders of third-place winner Freshcart Grocer, an online grocery business, Jonathan Oh was also in disbelief with the win that earned them RM150,000.

“Our company is only a little over a year old and we were up against other entrepreneurs who had more experience than us.

“When I came into this, all I hoped for was to learn all I can and I hope I now am a better leader for it,” Oh said.

This yearly challenge is now in its third year and its 20 finalists, selected from more than 300 entries, underwent a two-month structured business coaching and mentoring programme with established business leaders and subject matter experts.

Part of the final score for the top three awards were based on public voting. 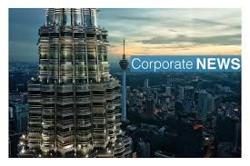 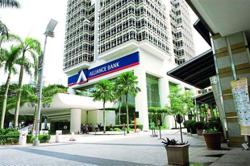