A cushy job and a fat salary did not fulfill Ng Chee Mang, who — inspired by industry giants like Eiji Toyoda and Soichiro Honda — wanted to make tangible things that people would buy. That was what drove him to start Penchem Technologies, writes LIM WING HOOI.

IT was the inspirational stories of individuals who founded world-conquering companies that inspired Ng Chee Mang to start his own company.

Ng, whose company Penchem Technologies Sdn Bhd designs and manufactures composite materials for electronic and medical devices, says he wanted to create things that were in demand after reading the stories of industrial giants.

The 60-year-old cites the example of William R. Hewlett and David Packard who started their tech company in a one-car garage in Palo Alto in 1939, Konosuke Matshushita who founded Panasonic, Eiji Toyoda who established Toyota Motor, and Akio Morita of Sony.

“I was inspired,” Ng remembers.

“I wanted to know whether I had the strength and determination to do something similar — to start a business, to do something that I was passionate about, to do the research and create things that could sell,” he adds.

Ng shared his idea of starting his own business with his relatives and friends. They were astounded that Ng, who was then a senior manager with a MNC in Bayan Lepas in Penang, would even contemplate leaving his cushy and high-paying job to attempt something so risky. 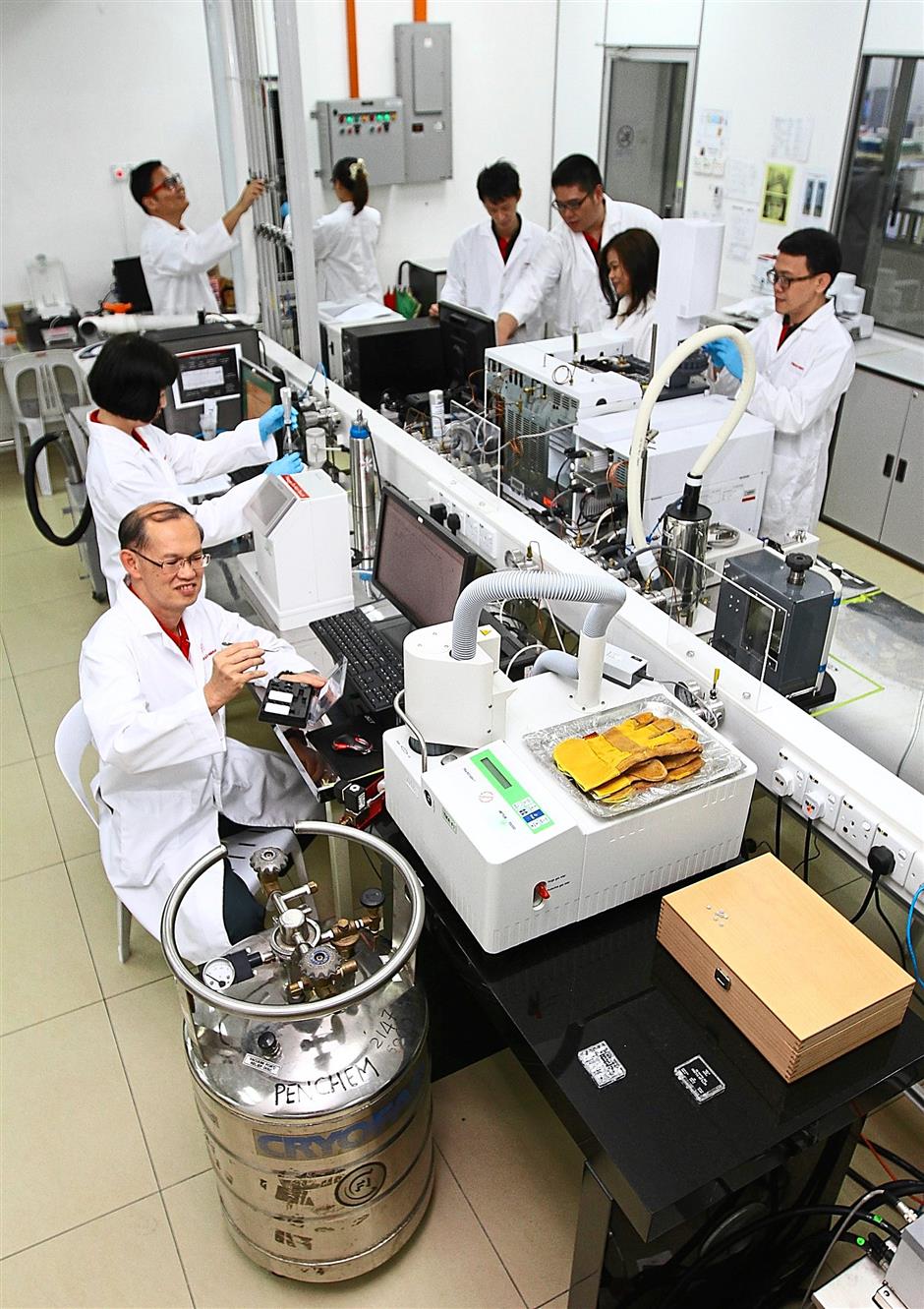 One of his friends, a finance controller at a large company, enlightened him on the risks of such a move, warning of the opportunity costs of starting a business and the opportunities lost from leaving his job.

“I obviously could not understand what he meant as I went ahead to build a company from ground zero,” Ng says.

If his family and friends were dubious of his plan, the bankers had even less faith in his business idea. He could not secure any loan from the bank.

But Ng did not give up.

Instead he resorted to borrowing small amounts from relatives and friends, the sums ranging from as little as RM10,000 to RM100,000, to add to the RM20,000 he had saved up. This was 16 years back, and Ng is proud to say that he has repaid in full each and every one of his lenders.

The products are used to hold together various electronic components, as well as serve as a protective layer. 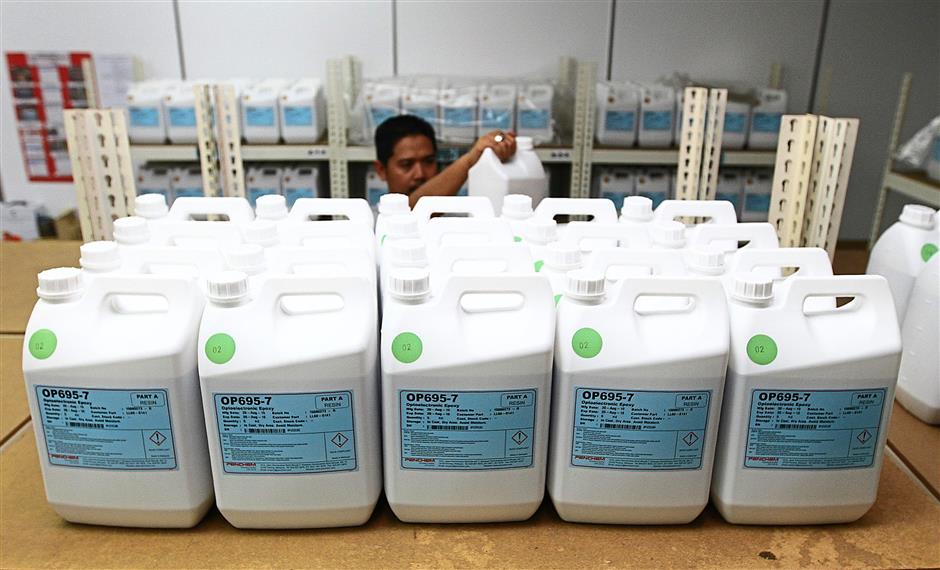 Although Ng made his move in 1999, he had, in fact, been making preparations much earlier, purchasing a 6,000 sq ft semi-detached factory in Permatang Tinggi, Penang as far back as 1995.

Why did it take four years before he fired up his factory?

Ng explains that he needed to decide what he wanted to manufacture. One option was to make adhesives used by local construction companies but there was fierce competition from other local manufacturers. Margins were also low and there would likely be delays in payment,

“I could also manufacture detergent, which would be dependent on heavy marketing, but we wanted a niche market with less competition and decided that manufacturing chemicals used for the electronics industry was the market for us,” he says.

His choice made, Ng then got down to mapping out the business.

“I needed time to understand the production process, quality control and marketing aspects of my business,” Ng explains.

“Although there were almost no local competition, the quality requirements of the electronics industry were very stringent,” he says.

When he was certain, Ng set the wheels in motion. He started the company solo, using the capital he had acquired to purchase chemicals and manufacturing equipment. He started hiring three months later and as the company’s clientele grew, they moved to their current 1.1-acre manufacturing plant in Kawasan Perindustrian Bukit Minyak, Penang in 2008. I was inspired to do the research and create things that could sell, says Ng.

Ng’s experience working in the electronics industry and his PhD in palm oil technologies came in handy, as he understood the quality tests and requirements and was therefore able to satisfy his clients’ requirements.

“We design and formulate all our polymer and composite materials for the industries, including synthesising our own key raw materials to achieve the required performance,” he says.

To do this, Penchem invests substantially in R&D and quality control, and has to date poured in about RM8mil towards this end.

In the first year itself, Ng was approached by the CEO of an American electronic multinational company (MNC) to produce adhesives for their electronic products. This was to be part of their cost-cutting initiative, and the CEO asked if Ng could develop a similar product at a cheaper price.

Ng answered in the affirmative.

One month later, his team delivered a sample of the product to be tested at the MNC’s headquarters in the US. It passed with flying colours, and the deal was sealed.

“This was a great boost to the morale and confidence of our young company. The customer is still buying from us till today,” Ng reveals.

He says Penchem posted RM8mil in revenue in 2014 despite the electronic business going soft globally.

The company has about 10 MNCs in its list of clients, and it also exports to countries such as US, Japan, Taiwan and Thailand. 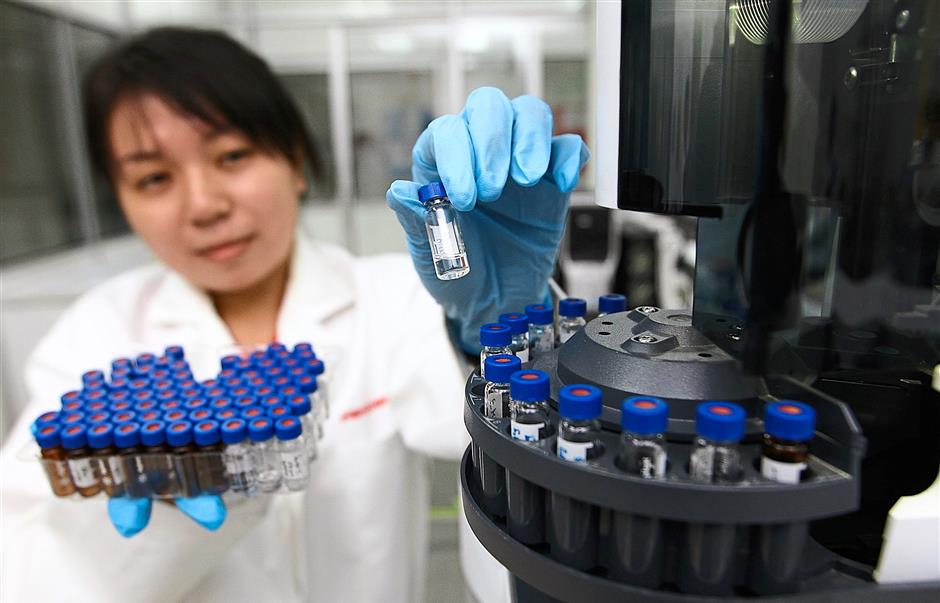 Testing being done at the R&D lab.

In 2013, as business grew, Ng formed a new company, Penchem Medicals Sdn Bhd to tap into the medical devices business. Then in July this year, they acquired the business division of a US-based manufacturer of epoxy used for LED encapsulation.

“They wanted to focus on producing adhesives for military products and decided to sell off the division that made adhesives for optoelectronics. They approached us as they wanted to ensure that their existing clients in that segment was well taken care off,” Ng recalls.

Looking back, Ng says he made the right decision to start the company in 1999.

“We wanted greater freedom to decide our destiny together with all colleagues through entrepreneurship. We developed an environment for creative and passionate minds to make things happen where we do not sideline people due to disagreements,” he concludes.