Car wash at your doorstep 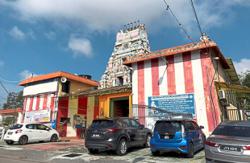 Alagendran (left), Francis (far right) and one of their workers, Ramanan Maniam, with their Call2Wash vehicle. — Photos: MOHD FAIHAN/TheStar

Need to get your car washed? Just make a call and the Call2Wash guys will show up at your doorstep to get the job done. JESSIE LIM talks to the two pioneers.

IMAGINE having to have your car washed before meeting an important client, but it’s already 5pm and you’re still far from done at the office. Can you make it to the car wash centre in time?

Then you remember that you can actually have your car washed with just a call.

Say hello to Call2Wash, a mobile car-wash service that drops in at your place, rather than the other way around.

Yes, that’s right, you can have your vehicle washed while at home or at the office. And it only takes them 15 minutes or so to get the job done.

The guys behind Call2Wash are best friends, Felix K. Francis and Piremnat Alagendran, both 25. And this is their second stab at the car-wash business.

Their maiden attempt was when they were just 17, and it was a conventional car wash set up in a rented shop in Klang. But the rental took a toll, and after a year, they closed shop.

Seven years later, having finished university, Francis and Piremnat are back.

“The demand for car wash is high. Everybody washes their cars. And we didn’t want to give up so easily after our first attempt,” explains Francis.

“Knowing that we could not afford the rental of the shop, we proceeded to find another alternative. That was how we came up with the mobile car-wash idea. The aim was to make it convenient for our customers. The time used to drive out, queue and wait can be used to do other things. And so being mobile, we are able to conduct the cleaning tasks anywhere and at anytime,” he says.

And, adds Francis, they neither have to depend on their customers for water nor lug a big tank around.

So what’s the secret to their mobility?

A steam jet machine from Korea. The machine, which uses water vapour, costs RM25,000 but Call2Wash’s two directors feel it’s a good investment as the machine is effective, lightweight and compact. And it only needs two litres of water for each car.

According to Francis, the machine removes dirt, grime and other particles from the car’s surface, using high-pressure steam.

“We were amazed at how much this machine could do. It can also be used to clean the interior of the car, engine bay, dashboard, door trim, windshields and seats.

“Most importantly, it’s eco-friendly — just two litres of water to wash one car,” says Alagendran “The total capacity that it can carry is 24 litres. This reduces water usage in the long run, and that was what we were aiming for.”

Right now Call2Wash has two steam jet machines but only one multi-purpose vehicle (MPV), so they are acquiring another to cater to the five to 10 house-calls they make a day. And the demand is growing.

The start-up cost for them so far is about RM70,000. The company has eight employees, founders included, with four workers manning the mobile car wash and the other two doing administrative work at the office in Klang.

Business was slow when they first started in August 2014, but it has been picking up, says Francis.

Despite the convenience of having people coming around to wash their car, people still have some difficulty getting their heads around the idea.

“People are so used to driving out to get their car washed, it has been a challenging journey for us as we need to constantly educate customers about what we do and how our steam jet works,” Francis says.

“We are still new in the market, and as far as we are aware, there isn’t any other similar business. So people who are not exposed to the concept will have doubts as to whether the water vapour can really take the dirt off without using soap. We also had to assure them that they do not need to provide electricity or water for our steam jet machine,” he adds.

“What makes our service different from conventional car wash is that we come to you no matter where you are like at the office, house, or even apartment. Our steam jet machine is safe on the car paint. We also mixed wax together with the water so that the car will not only be clean but looks shiny as well,” he says.

The partners are currently in the midst of opening a car-wash centre in Bukit Tinggi, which will also use the steam jet machine.

They say there have also been requests for them to franchise their mobile car-wash business.

“It’s great to know that people are starting to recognise our business. We are definitely getting the ball rolling; only thing left is to finalise the standard operating procedures,” smiles Alagendran.

The two are also looking at assembling the steam jet machine locally and setting up an app for their services. Busy times ahead, no? 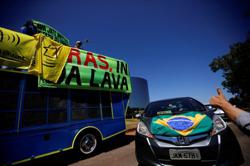