MALAYSIA’S deaf badminton squad has contributed six silver medals to the country’s total medal tally at the Deaflympics, along with one gold and one bronze from athletics as well as two bronze medals from bowling and swimming.

This year’s badminton squad heading to Samsun, Turkey for the Deaflympics – Boon Wei Ying, 22, Foo Zu Tung, 18, Francis Tan, 37, and Yeo Kok Fang, 41, are eager to add to the tally.

They have been training five times a week under the guidance of former national badminton player turned coach Daphne Ng, 29, since May.

Kok Fang and Francis, a former Melaka state player, are the most seasoned of the lot, thanks to competition exposure over the years, while Wei Ying and Zu Tung are younger, faster and are no stranger to national and regional competitions such as the Malaysian Deaf Games (SOPMA), Asean Deaf Games and Asia Pacific Deaf Games (APDG).

Kok Fang, a jovial father of three from Melaka, took three months off from his job and family to prepare for the Deaflympics.

He lost his hearing when he was three years old after a high fever, but started playing badminton when he was 12 and proved to be a natural.

Since being with Malaysian Deaf Sports Association (MSDeaf), Kok Fang has represented the country internationally on numerous occasions.

He won a silver medal at the 2001 Deaflympics team event, missing out on a bronze in fourth place and another silver from the 2009 APDG doubles event with his then partner Teh Cheang Hock.

“My target is to win the doubles event with Francis, and we have been practising hard for it. We may be older but mentally, we are prepared and age is no barrier for me,” he explained in sign language.

And with 2017 being his last year as a national deaf shuttler, Kok Fang is eager to produce his best performance before calling it quits.

“It’s my last Deaflympics, and I am a bit sentimental, so I am focused on getting the medal in the doubles,” he added.

Francis, who was born completely deaf in his right ear and with only 45% of hearing in his left ear, swept titles for the singles and mixed doubles at SOPMA 2014 in his first year as a deaf athlete before representing the country in international deaf badminton competitions such as the World Championships in Sofia, Bulgaria and even regular open competitions last year.

The father of a seven-month-old who hopes to bring home the titles for doubles and mixed-doubles categories, said he and his mixed-doubles partner Wei Ying stood a good chance against the competition.

“I think I can make it to at least the semi-final in the singles and I will be happy to win the title, but there are many new players that I have never played. My age is quite high but I have the experience, so I will definitely give my best.

“Training has been good and the coach has pushed us hard to help us raise our level,” he said.

With only four players, three of them will take part in singles, doubles and mixed-doubles events except for Kok Fang who will skip the singles category.

Despite their young age, starlets Wei Ying and Zu Tung both know what they will be facing in Turkey, and are both raring to go after finishing their respective exams and getting back into the rhythm.

“My highest achievement was winning second place in the singles category and third in the mixed doubles at the 8th APDG 2015.

“It was the first tournament that I took part in for the deaf community, and it was beyond my expectations.

“The Deaflympics is one of the highest level tournaments of the deaf world so it will be a great opportunity for me to be part of the team,” said Wei Ying, who has been with the Melaka state badminton association since he was 11.

“My family has given me a lot of support during my preparations. They often ask about my training and whether I’m taking enough nutrients for my body.

“I am happy and proud to be one of the representatives at the Deaflympics.

“I hope that I can play my best and give everything I have in the tournament and bring a win for the Malaysian Deaf Sports Association and my family,” she added. 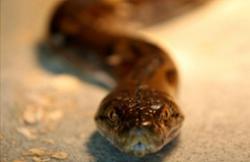