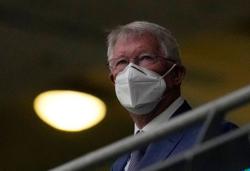 IT WAS a memorable debut for the Victoria Institution Rugby Club (VIRC) when they clinched their first Super Six Schools Rugby Fifteens title after edging fierce rivals Malay College Kuala Kangsar (MCKK) in a spectacular showdown.

VIRC, in the final match for the Super Six’s Malaysia Airports Chairman’s Challenge Trophy, led through a penalty kick by Muhammad Haziq Akmal Jamaluddin and comfortably held off MCKK from advancing, thanks to a solid line of defence.

The boys in blue expanded their lead 10-0 during the second half, courtesy of a try from Muhammad Afif Nurazha and a conversion from Muhammad Haziq, who later won the best player award.

MCKK was able to claw back three points before managing a try to put things at 10-8 with a chance to go into extra time but MCKK’s conversion found the outside of VI’s left-side goal post.

Cohorts of fans from both sides added to the spectacle of the final, with VIRC’s supporters invading the pitch right after the referee’s final whistle amid the jubilation and agony of MCKK of finishing in second spot for the second year running.

VIRC (in blue) and Malay College Kuala Kangsar in action during the finals.

The tournament which just ended its fourth edition, expanded from the Super Six Schools Rugby 15s League to include eight teams from a new separate league (Ragbi Perdana) this year.

“After eight years of hard work, this is what we have achieved. I believe we have proved that VIRC is here to stay.

“Our boys followed our instructions and executed the plan well and to me it is a well-deserved win.

“This is massive for us and now the challenge is maintaining our consistency as everyone will want to beat us after this,” he said, after the final at the International Islamic University Malaysia, Gombak.

VIRC took home RM5,000 for the win while MCKK received RM3,000 for their efforts.

The VIRC squad hoisting the Super Six’s Malaysia Airports Chairman’s Challenge trophy after coming out tops in the finals.

STAR, which came up tops in the Super Six league for the fourth consecutive year but lost out to MCKK 13-19 in the semifinal took home RM4,000 for the league title and beating SAS (RM1,000) in the plate category.

Malaysia Airports Holdings Bhd senior independent director Datuk Seri Michael Yam, who presented the prizes to the winners, said the bonds and camaraderie forged between the players can lead to more well-rounded individuals.

“We have been sponsoring the tournament for four years and it is very likely we will continue to do this as it is a sustainable programme.

“Super Six has grown to be a prestigious name in the sport and we think it is a good platform for the students to be in,” said Yam.