3 The Malacca fans cheering their team during the final.

MALACCA became the champions of the FAM Cup competition when they edged Perlis 3-2 in the final at the Hang Jebat Stadium in Malacca.

The final was an exciting affair with Malacca fighting back twice, and the winning goal coming in injury time.

Malacca’s hero was Nurshamil Abdul Ghani, who had missed a penalty in the 82nd minute, but netted the winning goal two minutes into injury time.

Nurshamil, the competition top scorer with 15 goals, had scored Malacca’s opening goal in the 38th minute while his second came in the 72nd minute.

Mohamed Shafiq Azmi scored for Perlis, the only unbeaten team in the competition prior to the final, in the 15th and 60th minutes respectively.

It was indeed a memorable moment for the Malacca fans, about 40,000 of them, who had flocked to the stadium. 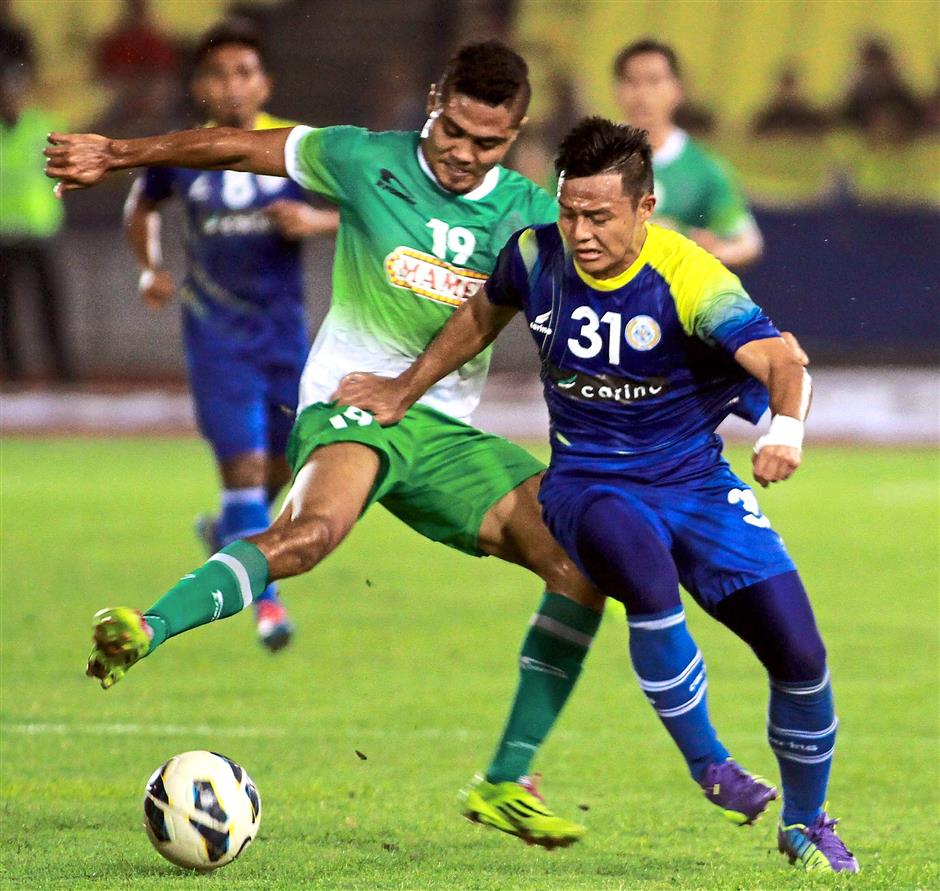 Malacca’s Nurshamil (left) involved in a tussle for the ball with Perlis’ Mohd Syafiq Azmi.

Malacca coach Mat Zan Md Aris was full of praise for his players.

“The players showed a lot of commitment. We were down twice but fought back gallantly to equalise through Nurshamil. He was our saviour and easily the Man of the Match.

“He was jeered by the crowd for missing the penalty. But all the jeers turned to cheers when he scored the winning goal. He should be commended for his determination and dedication. He displayed excellent and exemplary qualities as a player. He deserves all the accolades for our victory,’’ said Mat Zan.

For 57-year-old Mat Zan, it was another feather in his cap. As a player, the former international had won the prestigious Malaysia Cup with Kuala Lumpur for three seasons from 1987.

After retiring as a player, Mat Zan had served as Chow Kwai Lam’s assistant for Kuala Lumpur from 1997 to 1998.

He was promoted as Kuala Lumpur’s head coach in 1999 and subsequently led Kuala Lumpur to win the FA Cup. 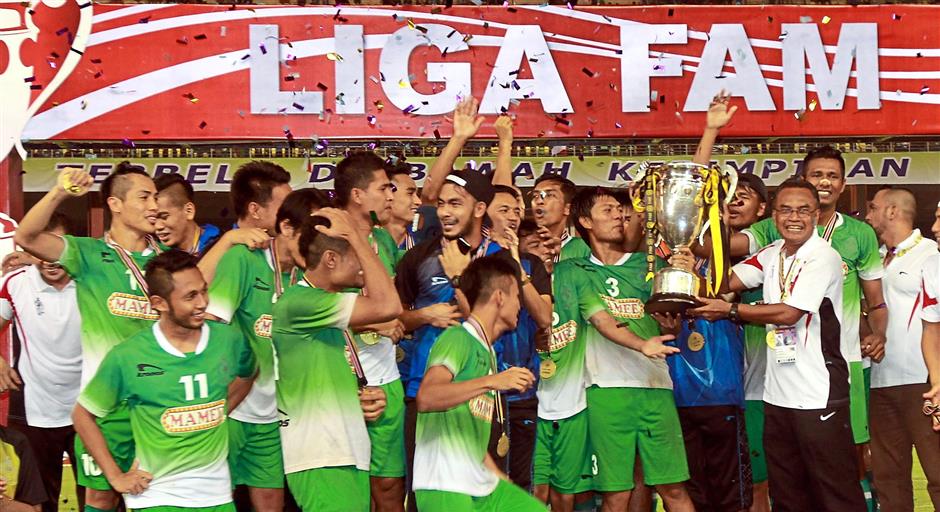 He then headed to Terengganu for two seasons and helped the Turtles win the Malaysia Cup in 2001.

He took charge of Malacca this year. Malacca, once hailed as a solid team in the M-League, were playing in the FAM Cup.

Mat Zan admitted it was a new challenge as Malacca and Perlis were the only state sides in the FAM Cup.

“The team was pitted against club sides and we were under tremendous pressure to be the top team in Group B. It was a tough season as the club sides were also well prepared but we overcame the challenges to qualify for the final by better goal difference.

“It was a rewarding season for Malacca. We also have to thank the fans for their support throughout the season. They kept faith in the team and were inspiring,’’ said Mat Zan.

His Perlis counterpart, Yusri Che Lah, also a former international, was disappointed with the end result.