A picture taken by a resident of an event going on at the homestay unit in Sungai Ramal Dalam, Kajang.

FED UP with the noise and traffic congestion caused by a homestay and event space operating beside their homes, residents along a street in Sungai Ramal Dalam, Kajang, have banded together to voice their grievances.

Dahlia Zawawi said commercial operations at the house continued though she had voiced her concerns to the property owner in November last year.

This was after she found out that the property owner had been advertising his house for event purposes over online booking sites.

She said the many private parties, corporate events and weddings had caused much disturbance to the surrounding community, especially on weekends and public holidays.

“I have voiced my unhappiness to the owner and event managers.

“The owner said he was helping the event manager.

“And the event manager said he was helping the owner to settle his monthly loan payment,” said Dahlia, whose house is right next to the event space and homestay unit.

She cited all-night karaoke sessions, strangers gathering outside of residents’ gates to smoke and the dumping of food waste into the housing area’s drains as among the issues brought about by a private residence being run as a business.

Visitors are also known to park their vehicles indiscriminately, affecting residents’ ease of entry and exit along the narrow Persiaran Anggerik 3.

Residents are also unhappy that a vacant land has been turned into a dedicated carpark for the homestay and event space.

“Every time we see preparations being made for an event, my anxiety increases.

“It is unfair that such business activities have been allowed in a residential area, depriving homeowners of peace and quiet,” said Dahlia.

Another resident, Abdul Rahman Hussin who has been staying in the area for 25 years, said the residential property-turned-business premises had disrupted the neighbourhood peace.

“I am 85 and my wife is 75. This situation has disrupted our lives.

“By right, a house cannot be used for such commercial activities,” he said.

The residents said numerous complaints had been lodged with Kajang Municipal Council (MPKj) to take action against the event organiser and property owner, but nothing has been done.

An event manager confirmed that she had rented the house for wedding events after the movement control order, imposed due to the Covid-19 pandemic, was lifted.

She said the property’s private swimming pool and six bedrooms made it a viable event space for weddings.

“However, due to the many complaints we have decided to cancel our contract with the property owner,” she said.

The event manager said MPKj had spoken to her about the issue but she was unable to cease operations immediately as prior bookings had been accepted for the venue.

‘The final event will be on March 19. After that we will move the rest of our wedding events to a golf club or hotels located in the Bangi area,” she said.

When contacted, MPKj said it would issue a statement later on what action would be taken to monitor homestays in areas under the local council’s purview.

MPKj will also answer questions on whether these operators will require a business licence from the council and the kind of action they are liable to face if found to be operating illegally or carrying activities that are not in accordance with the area’s zoning status. 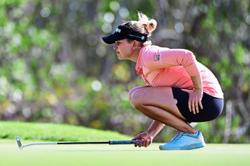