Yesteryear charm of first Mid-Autumn Festival since 2019 brings smiles to crowd in Penang.

THE Mid-Autumn Festival brightened up the George Town heritage enclave in Penang, the first celebration in three years.

Among those spotted enjoying the festivities was Universiti Utara Malaysia (UUM) undergraduate Luan Rui Xi, 21, who is from China.

Luan said she had never seen the Mid-Autumn Festival celebrated in such a manner, not even in her hometown of Harbin.

“At home, my family would just get together for a meal during the festival and have mooncakes for dessert while the children play with their lanterns.

“I am really glad to have experienced this and I plan to come back for next year’s celebration,” she said.

Luan, who is pursuing a degree in international affairs management, especially enjoyed the “Dance of the Moon Maidens” and a live musical performance featuring traditional Chinese instruments.

Engineer TH Boon, 41, attended the celebration with his wife and children as they had not been to such events in a while due to the Covid-19 pandemic.

“My two sons aged five and seven had a great time playing the huge board game on the road and other traditional games like hopscotch and pick-up sticks.“These were the games that I used to play with my siblings and friends when I was their age. I’m glad they get to experience them too instead of playing computer games all the time,” he said.

Boon hoped more of such events would be organised as the situation now had more or less returned to that before the pandemic.

“We still take precautions like wearing face masks most of the time and using hand sanitiser as it is better to be safe than sorry,” he added.> Turn to page 3The festival, which was organised by PCTH, also saw a trishaw-decorating competition that was won by SJK(C) Sin Kang.

Trishaw riders on the 12 decorated trishaws accompanied children and their parents on a short lantern procession to Beach Street and back to Jalan Masjid Kapitan Keling.

PCTH women’s section chairman Datuk Ooi Siew Kim said her section was in charge of the booths set up for the festival.

“The mooncake-making booth was the most popular one, attracting people of various races.

“I saw a Muslim couple taking home the mooncake they made. We ensured that only halal ingredients were used.

“The booths offering traditional games were also a hit with many, especially children who lined up to play,” she said.

Ooi added that PCTH would organise Chinese festive events annually to ensure the younger generation would not forget their culture.

“Next up will be the Winter Solstice Festival or Tang Chek Festival in December where we will have a glutinous rice ball-making competition,” she said.

Chow congratulated PCTH for organising the event that brought Penang folk together and showed that the people were heading towards a better and brighter future.

“The Mid-Autumn Festival is not just celebrated by the Chinese community. Our Malay and Indian compatriots also join in the fun, highlighting the muhibbah aspects of Penang, which make the state attractive.

“This is in line with the state’s ‘Love Penang’ campaign that was launched in June to promote harmonious living regardless of race or religion,” he said.

Tan, in his opening speech, said the Mid-Autumn Festival was a time for families to get together.

Zhang Li, who has served in Penang for the past five years, said she was glad to see the Chinese culture thriving in Penang.

About 50 hikers and their children also had their own celebration at the Point Five rest area of Penang City Park, one of the most popular hiking rest stations in the state.

They went on a lantern walk in the forest after a steamboat dinner.

“It is a get-together for the hikers as we have not had such a gathering in a while due to Covid-19.

“Everyone had a good time and many hiked back down using torchlights after the sun went down,” she said of the celebration on the eve of the festival.

Earlier in the month, Penangites turned up in droves for the Love Penang Mooncake Festival at the Komtar area in George Town, carrying colourful lanterns and watching traditional performances under the moonlight.

At the Penang Chinese Recreation Club in Jalan Padang Victoria, a celebration with charming activities like calligraphy writing and riddle-guessing games was held.

The Mid-Autumn Festival, also known as the Mooncake or Lantern Festival, falls on the 15th day of the eighth month in the Lunar calendar.

During the Shang Dynasty 3,500 years ago, this period was deemed the most auspicious for celebrating the harvest season and families would venture out to admire the moon.

There are several legends associated with the festival but the most popular is that of Chang Er, the wife of a cruel king. To save her people from her husband’s tyrannical rule, she drank the elixir of immortality he had intended to drink himself, and ascended to the moon. 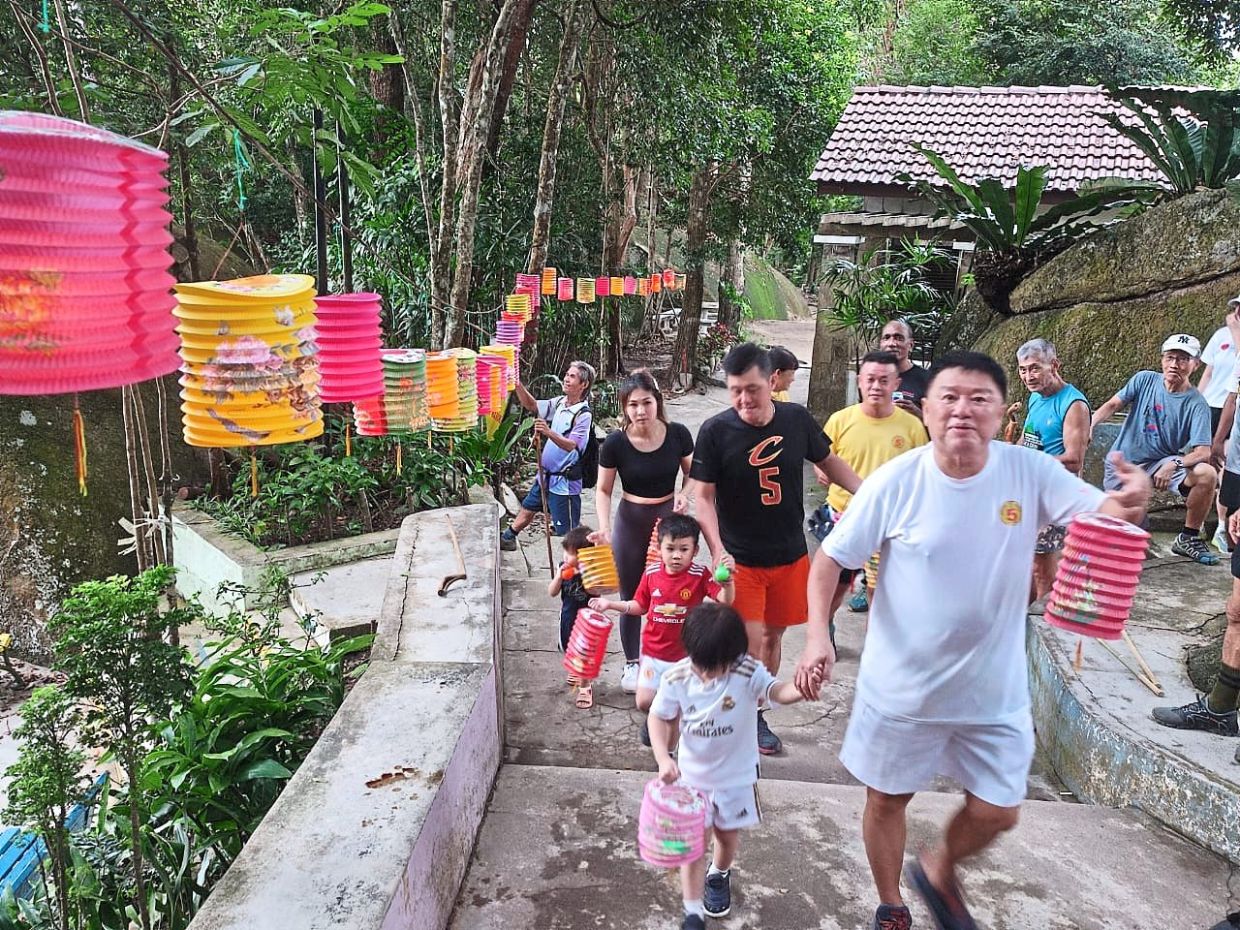 Trying their hand at making mooncakes are (from left) Chow, Ooi, Tan, and (from right) PCTH vice-chairman Datuk Teh Eng Hin and Zhang.

Hikers and their children going on a lantern walk at the Point Five trail at Penang City Park. — Photos: CHAN BOON KAI and BERNARD SEE/The Star

Luan, from Harbin in China, was impressed with the celebrations in Penang.

Children testing their creativity at the DIY lantern booth.

Children playing a board game spread on Jalan Masjid Kapitan Keling. (Right) The “Dance of the Moon Maidens” in front of the Penang Chinese Town Hall building. 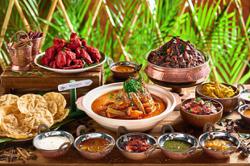