Iconic: An aerial view of Carcosa with its pink roof, surrounded by lush greenery. It was built in 1896 and was the official residence of the first Federated Malay States Resident-General, Sir Frank Swettenham. – FAIHAN GHANI/The Star

HERITAGE activists, architects and history buffs are questioning the lack of information on the historical Carcosa and Seri Negara mansions following their closure more than three years ago.

The mansions were locked up after the buildings’ management was taken over by the Federal Government on June 1, 2019.

Carcosa was built in 1896 and was the official residence of the first Federated Malay States Resident-General, Sir Frank Swettenham.

Seri Negara was built in 1913 as a guest house for royalty and other dignitaries.

A CMP maps out the development strategy for heritage buildings.

The plan considers the physical, historical and other significant details of the buildings as well as the various ways to strengthen that significance and value.

Back then, Motac was seeking funding of at least RM1mil for the CMP.

Muhammad Bakhtiar said then that the mansions were in need of major housekeeping and repairs as the buildings were falling apart even when he visited them in 2016.

Motac was given custodianship of the buildings in June 2019, by the director-general of the Land and Mines Department (JKPPTG) under the Natural Resources and Environment Ministry.

After the change of government in February 2020, new consultants were appointed for the CMP.

Since there is no longer public access to the heritage buildings, many parties have tried unsuccessfully to get answers about the fate of the two mansions.

Heritage expert Datuk Hajeedar Abdul Majid said due to the significance of the buildings, which are public property, the government should disclose its plans for better transparency.

“People are concerned and calling me for information, and rightfully so, because I am also concerned,” said the 77-year-old architect.Hajeedar, who is the past president of the International Council on Monuments and Sites (Icomos) Malaysia, was also the architect appointed by the government to restore Carcosa for Queen Elizabeth II’s visit prior to the 1989 Commonwealth Heads of Government Meeting.

Carcosa Seri Negara was the official residence for the Queen during her visit.

“The buildings have been under lock and key for over three years and I heard that they were in a very bad state then, so I can only imagine how bad they must be now.

“We want to know what is going to happen to them,” he added.

Also calling for more information is Badan Warisan Malaysia (BWM) which is also appealing to the government to share its plans for the buildings.

“As the public would like to see Carcosa Seri Negara restored to its former glory, it should be preserved as a national treasure and reopened for the enjoyment of the public and tourists,” said BWM president Lim Wei-Ling.

Malaysian Institute of Architects (PAM) president Sarly Adre Sarkum has also called for clarity on the government’s plans for the buildings that are around a century old.

“We want to know what is happening because our biggest fear is that the buildings may end up with private parties with their own agenda.

“We have seen this happen before with other heritage buildings,” he said.

“The government needs to be transparent about its plans for Carcosa Seri Negara.

“I believe that it doesn’t have a plan yet, which is sad because the buildings were already in a bad shape when I last visited the place several years ago,” he added.

Sarly said Carcosa Seri Negara needed to be placed in the hands of people with the expertise and funds to maintain it, such as “organisations like Bank Negara or Khazanah Nasional that know what to do with national treasures like these mansions, which have played a crucial, historical part in our country’s formation.”

Jane Rai, founder of Free Walk Kuala Lumpur Unscripted which conducts heritage walking tours, said she often found it embarrassing that she could not explain to her foreign clients what was happening to Carcosa Seri Negara.

“I pride myself in keeping abreast of the latest happenings on tourism products in Kuala Lumpur, but when it comes to Carcosa, I am stumped.

“With borders reopened, I have been getting questions from my clients, especially those from UK, about the possibility of having a tour of the buildings.

“But I am unable to provide any information, not even a time frame of when they will be able to visit,” she added.

Tourist guide Jason Lim said he had been getting calls requesting tours to Carcosa Seri Negara after borders reopened in April.

“Many of these people have never been there and have only glimpsed the building in the movie Crazy Rich Asians.

“Naturally, they are excited about going there but we have no idea what is happening (with the buildings),” he added.

Carcosa was the setting for the fictional Tyersall Park estate in the Hollywood blockbuster Crazy Rich Asians.

‘Ready for next stage’

In July last year, in a statement to StarMetro, Tourism, Arts and Culture Minister Datuk Seri Nancy Shukri said the government had allocated RM10mil for conserving buildings and heritage sites such as Carcosa Seri Negara and the Sultan Abdul Samad building.

“Motac together with its agency, the National Heritage Department, have appointed consultants for the preparation of a Conservation Management Plan for Carcosa Seri Negara, which began in May 2021,” said Nancy.

The minister said maintenance and repair works for both buildings were expected to start in 2022, adding that CMP would continue to be the primary source of reference for the purpose of conservation.

The CMP for both buildings had been given an allocation of RM500,000.

However, attempts to get the ministry for updates since then, have been futile.

When contacted, Muhammad Bakhtiar said he, too, was in the dark about the latest on Carcosa Seri Negara.

“I have no idea if the CMP is done but it has been three years and they should have moved on with a RFP (request for proposal) by now.

“My stand is clear. The company that gets to rehabilitate Carcosa Seri Negara must have credibility and a good track record as well as the financial capacity to manage the place.

“We do not want any RM2 company running the place,” Muhammad Bakhtiar, who is also Balik Pulau MP, reiterated.

“We will move on to the next stage of the conservation plan based on the budget we have,” he said, adding that there was a lot of work to be done.

When asked if he had any information on what was going to happen at the site, Mohd Azmi said he did not. 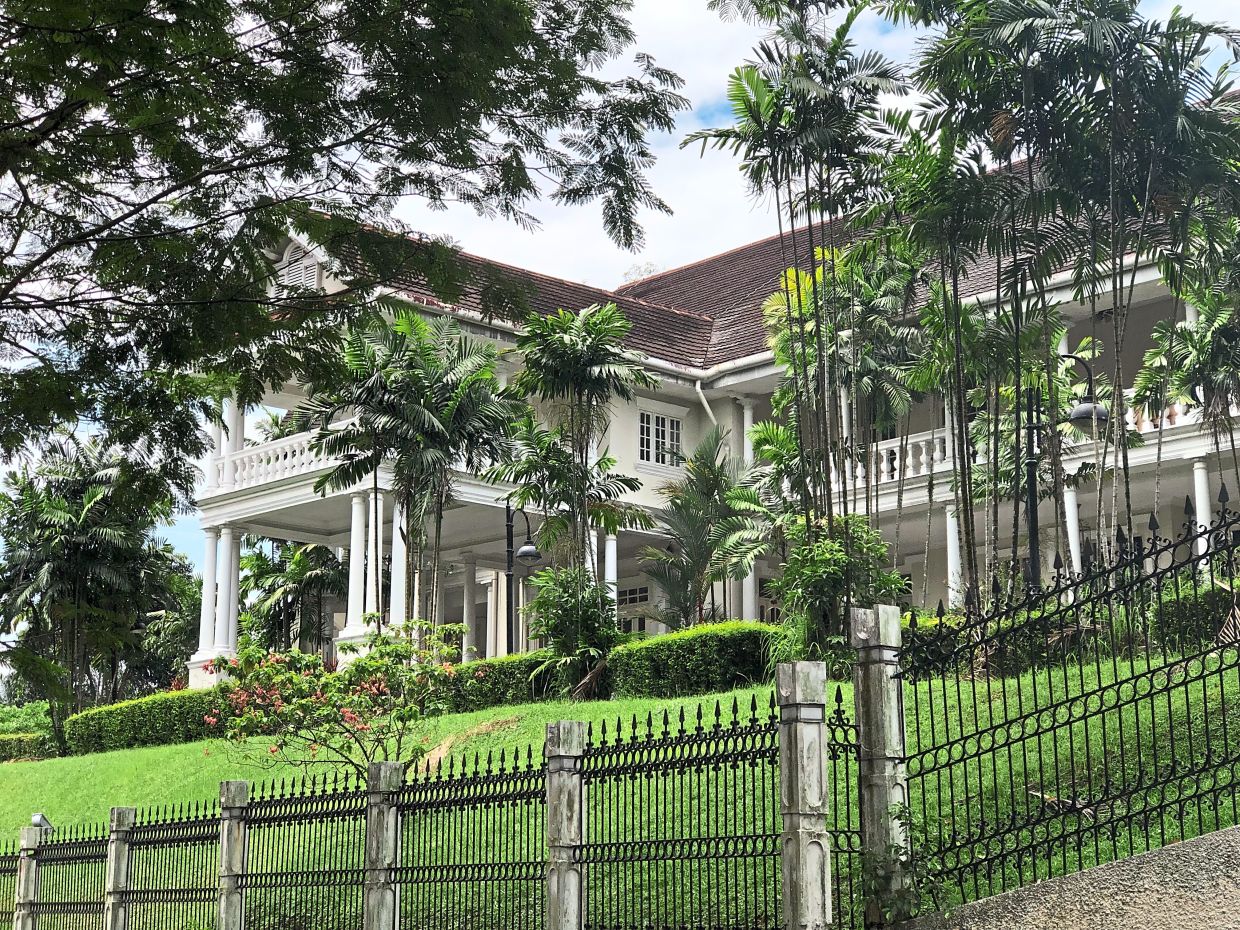 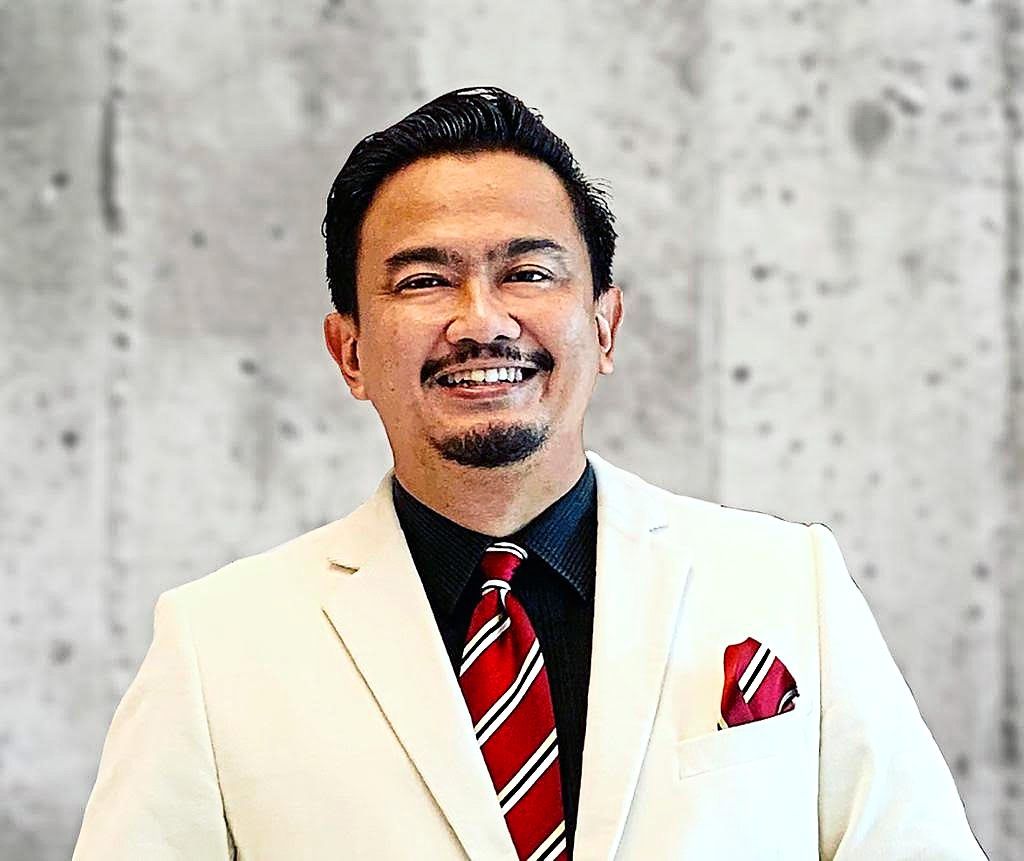 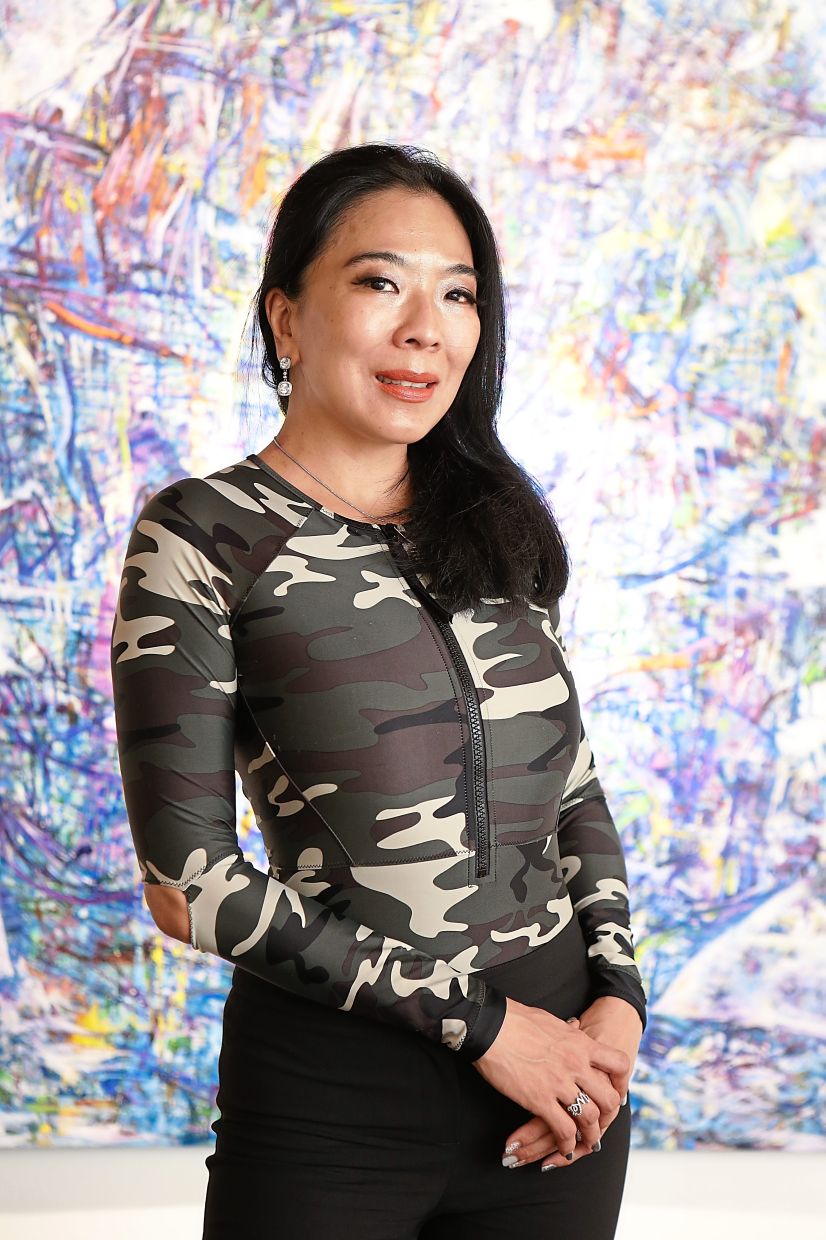 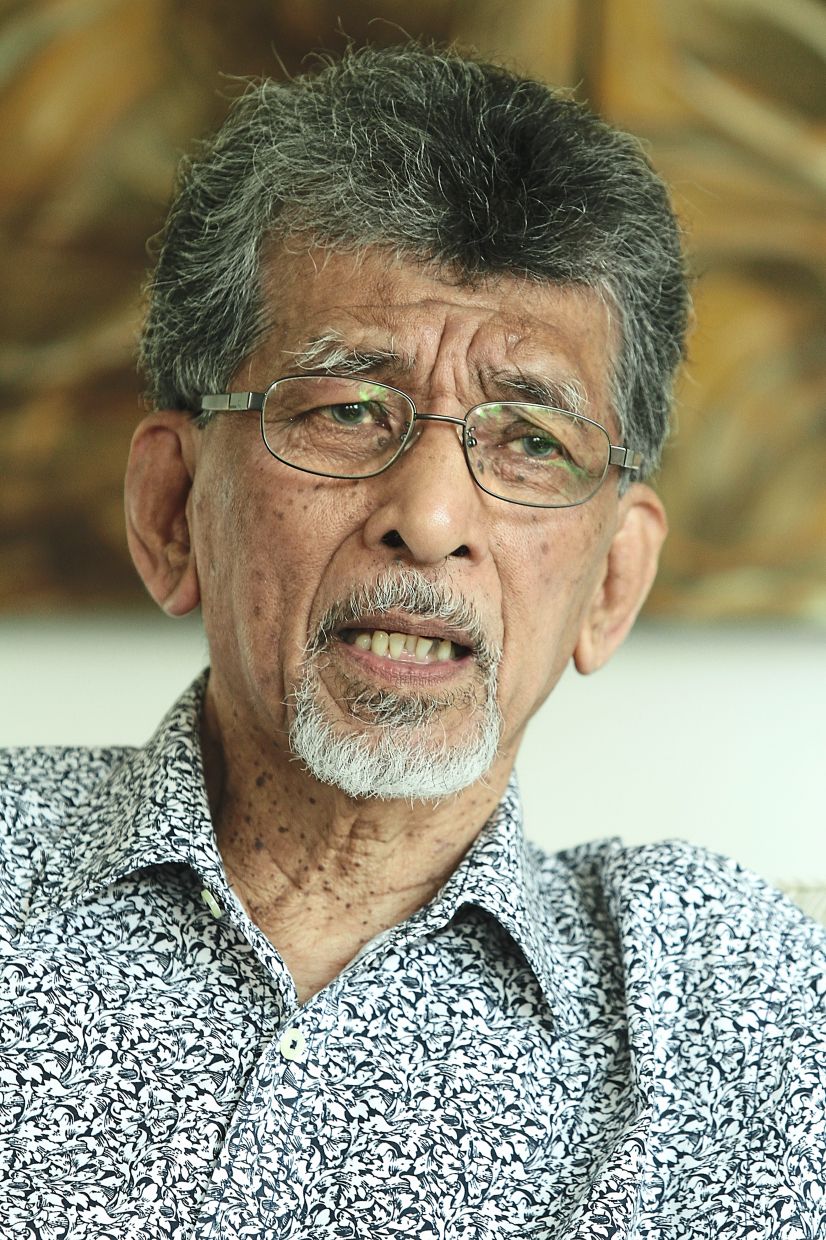 Iconic: An aerial view of Carcosa with its pink roof, surrounded by lush greenery. It was built in 1896 and was the official residence of the first Federated Malay States Resident-General, Sir Frank Swettenham. – FAIHAN GHANI/The Star

The majestic Seri Negara building has been closed for over three years. — Filepic

Sarly calls for the mansions to be placed in the hands of people or organisations with the expertise and funds to maintain them.

Wei-Ling says the public would like to see Carcosa Seri Negara restored to its former glory, preserved as a national treasure and reopened for the enjoyment of visitors.

Hajeedar says due to the buildings being a public property, the government should disclose its plans for the mansions for better transparency.

Heritage walking tour organiser Jane says she is unable to explain to her foreign clients what is happening to Carcosa Seri Negara.