Going all out to help flood victims

CLEANING efforts in flood-affected areas are well under way to help residents get their lives back in order.

Taman Sri Muda was one of the worst hit areas in Selangor following the Dec 18 floods that displaced over 30,000 people.

For affected residents, especially senior citizens like Teoh Bee Wan, 68, volunteers who carry out the back-breaking work of shovelling mud and throwing out damaged goods, are a blessing.

He said he was touched to see volunteers like those from Taiwan Buddhist Tzu-Chi Malaysia Foundation helping out residents like him.

“Everything on the ground floor, including furniture, fridge and television, was submerged and destroyed.

“In previous flood incidents, which were not as bad as this, I could clean up on my own. But at my age now, there is not much I can do,” said Teoh. 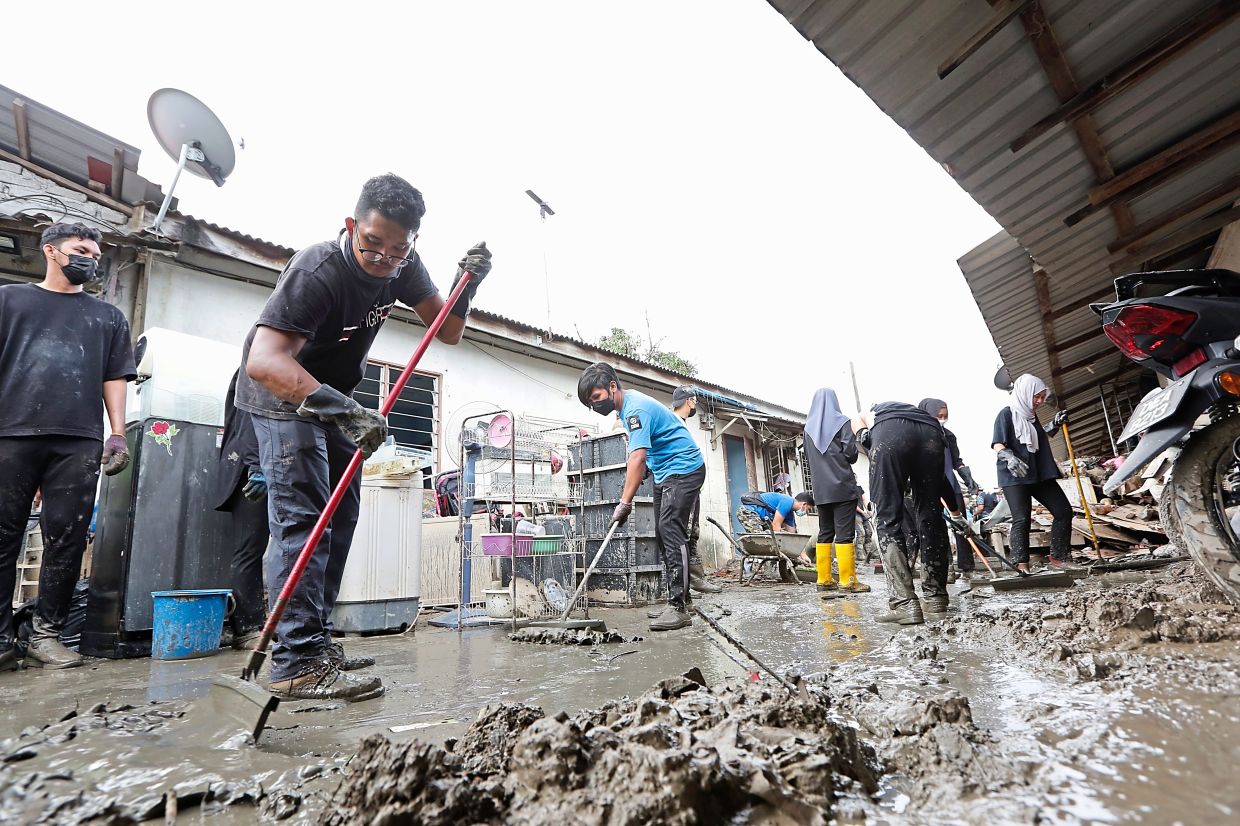 “Our goal is to clean up everything along the roads and we are about 70% done here,” said coordinator Tan Seng Chong.

The foundation, which saw over 2,000 volunteers from around the peninsula contributing their effort, also provided food and medical aid to residents in need.

In Kampung Bukit Lanchong, a slew of vehicles formed a beeline into the village.

The village in Subang Jaya located beside Sungai Klang was inundated by floodwaters as high as 4m.

Some 1,000 residents — comprising Malaysians and foreigners — live in the area.

The narrow roads and confined space meant volunteers had to use shovels and wheelbarrows to transfer damaged items and rubbish on to the back of trucks and 4x4 vehicles.

One of the NGOs, Cuci Malaysia, had over 400 registered volunteers join the effort.

Cuci Malaysia president Chandra Arjun said other challenges at the site included insufficient water and electricity supply in some areas.

“We had to bring in our own water tanker and genset to use water jets for cleaning.

“In some areas, the mud had already dried up, so we had to resort to manually removing them by hacking with hoes and carrying it out.”

He said the one-day cleanup initiative targeted about 50 houses and would respond to any other requests for help, where possible later on.