Ruhana Mahfodz’s house was swept away in the flood.

So strong were the currents, it swept away the concrete bridge connecting the village to the main road, taking two houses with it, and leaving another four in ruins.

The water rose so quickly that Abdul Rahman Abdullah, 60, was nearly swept away by the currents.

Neighbours said he saved himself by hanging on to a tree.

His eldest son saved another five family members by punching a hole in the ceiling so they could climb onto the rooftop.

Zaki Halim, 35, whose kitchen, toilet and bedroom were swept away by floodwaters, was seen helping fellow neighbours carry donated food items from his car.

“My mum is at my cousins’ house. I spent the night in my car,” said Zaki.

However he considers himself lucky, unlike neighbour Mohd Shafik Jelani whose house was swept away.

Homeless and only having the clothes on his back, Mohd Shafik was seen having lunch with his wife.

It turned out that his wife’s sister is a Tenaga Nasional Bhd employee and on hearing of their plight, her colleagues banded together to deliver lunch boxes to the villagers.

Mohd Shafik said a backhoe was needed to clear the fallen trees and debris.

“Once that is taken care of, I will be able to start rebuilding my home bit by bit.

“My wife and I will put up in our relatives’ or friends’ houses for the time being,” he said.

Over at Taman Sri Nanding, Hasrin Supian, 53, was spotted clearing sludge and removing water-logged furniture from his house.

His touring bike, the family’s cars, his wife’s oxygen machine, electrical items and furniture were damaged in the flood.

“There is no use wallowing. For now, our focus is on cleaning up and salvaging whatever we can,” said Hasrin.

Another resident, Bronson Chin, 34, said he and his father were giving his mother emotional support.

“She is very upset as she has just bought a new sewing machine and sauna room.

Fortunately, they managed to ferry a wheelchair-bound neighbour and gave others a place to keep their documents safe in the family’s four-wheel-drive.

Chin has checked his parents into a nearby hotel while waiting to clean up their place.

“We need help such as jet sprays to shoot the muddy sludge away.

“We can take care of our homes but the roads in our housing area needs clearing immediately so that traffic can pass.

“We also need help with bulk waste removal. But most of all we need water so we can clean our homes,” said Seri Nanding Residents Association secretary Nordin Paiman.

“This housing area has flooded no less than five times within the past eight years.

“As such we are hoping the authorities will take the irrigation and stormwater management for this area more seriously,” he said.

“However, residents are reminded that the water is only suitable for cleaning and not drinking and cooking as it is not treated,” he said.

MPKj and NGO volunteers will also be providing aid such as food, clothing and household to residents, he said. 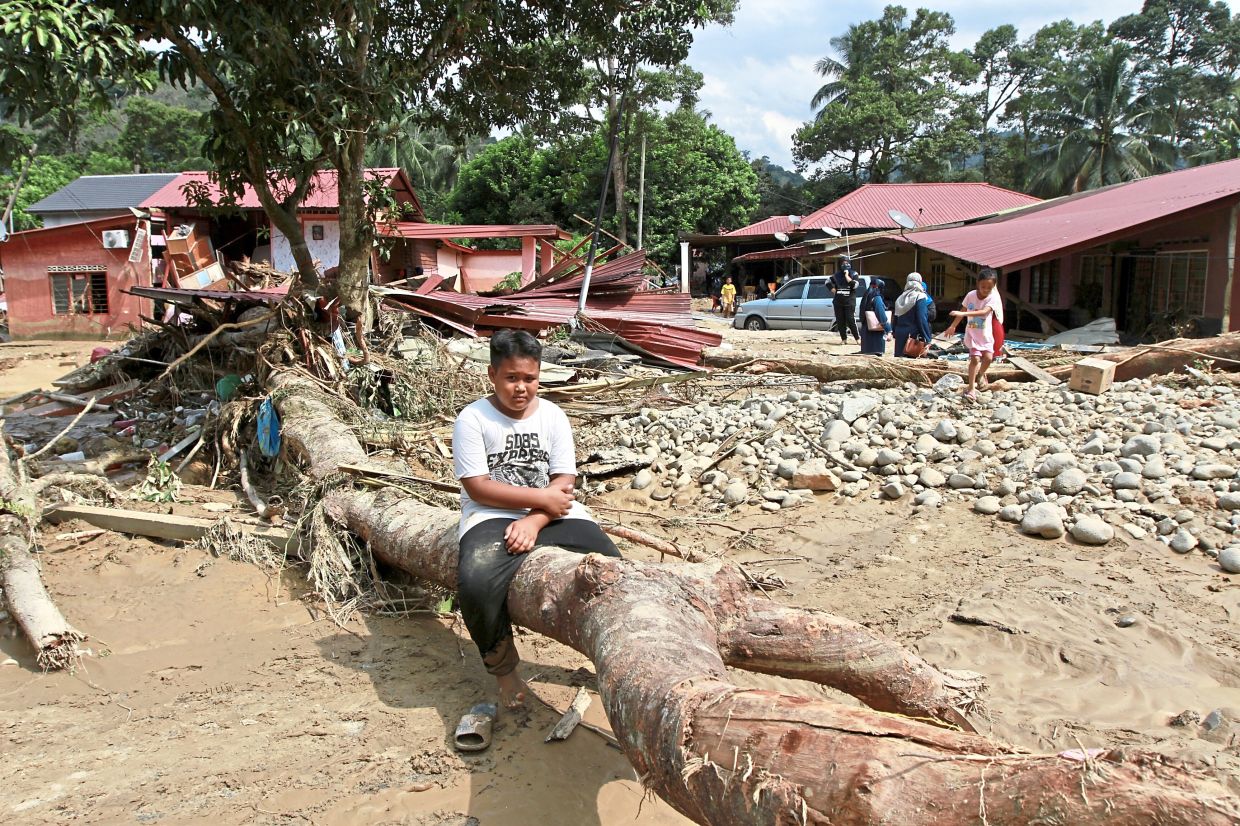 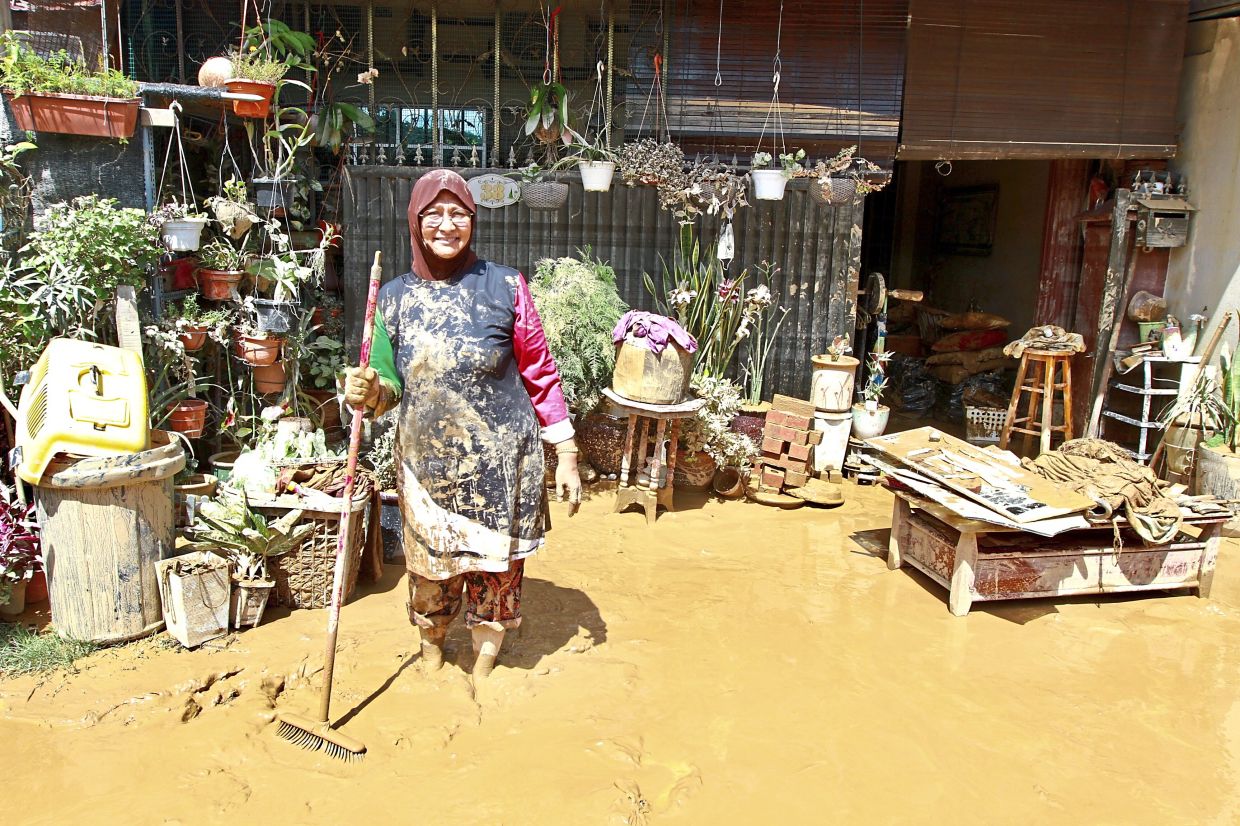 Ruhana Mahfodz’s house was swept away in the flood.

A resident hanging out clothes to dry after the flood.

Anita Yaacob, 56, still has a smile on her face despite having to clean up mud that inundated her house.