Rafiah (left) receiving the first prize on behalf of her students. The other winners are Jia Yi (second left) and Rui En (right) accompanied by their teachers. – ZHAFARAN NASIB/The Star

AN ANIMATED video discussing the pros and cons of using single- use plastic won the first prize in a video-making contest.

The students of SMK Seberang Jaya were not present during the prize presentation ceremony at the MBSP’s headquarters in Bandar Perda, Bukit Mertajam, recently.

Receiving the prize on their behalf was school teacher Rafiah Ahmad, who said the video also touched on the alarming environmental issues caused by single-use plastic.

Coming in second was SMK Tunku Abdul Rahman student Ho Jia Yi, 16, whose two-and-half-minute video on the downsides of using single use plastic won him RM400. 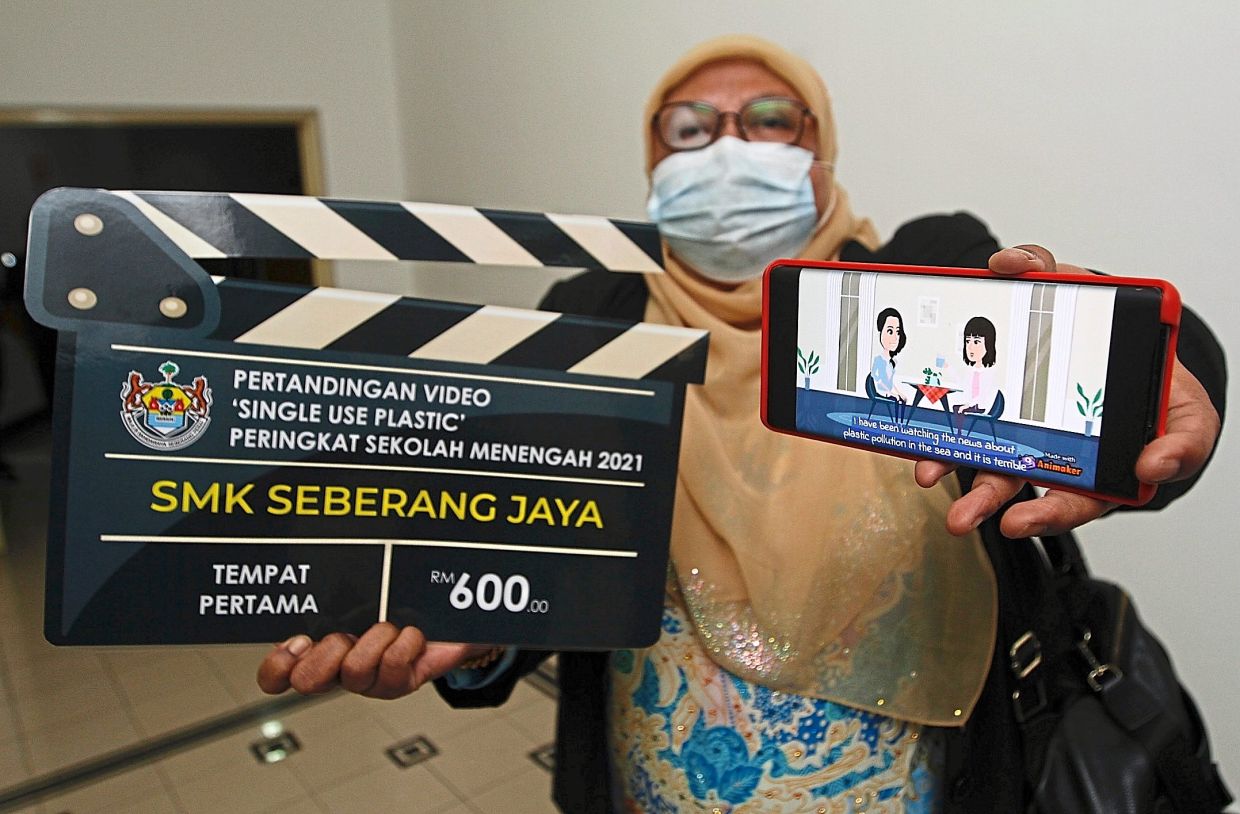 He spent three days editing the video after browsing through various websites for information and input from family members.

“We need to be aware of the downsides of using single-use plastic.

“There are many other options to replace plastic.

“Single-use plastic can also be reused as pots for plants, covering to decompose kitchen waste or as decoration and wrappings,” said Jia Yi, who was accompanied by his teacher Lum Kam Lai at the ceremony.

There were also two consolation prizes, where the winners took home RM100 each.

MBSP mayor Datuk Rozali Mohamud, who gave away the prize money and certificates, said the competition was aimed at encouraging students to think critically against excessive usage of single-use plastic.

“We want to increase their awareness on waste management to better protect the environment.

“This year, we received 27 entries from 17 secondary schools.

“The United Nations Environment reported that only 9% of nine billion tonnes of plastic worldwide are recycled.

“Studies found that plastic waste not only affects the earth but also humans, as they take up to thousands of years to decompose while those broken down into tiny bits of microplastic cause health hazards when consumed.

“A 2019 study by the World Wide Fund For Nature found Malaysia in second place in Asia for the highest consumption of plastic per capita, at 16.78kg per person.

Rozali said while plastic straws were now discouraged from use, other single-use plastic such as wrappers, packaging and cups are still being used

“A policy is being formulated to enable producers of plastic products to take back used plastic either to be recycled, reused or turned into raw materials.

“This ensures they are responsible to the environment while still generating additional income,” he said.

Rozali also urged the government to enhance the measures in monitoring the arrival of plastic waste into the country.

“There are now 132 recyclers in Seberang Prai and 22 of them are unlicensed due to their locations.

“We are concerned that the waste will reach the unlicensed operators and lead to environment pollution due to poor monitoring.

“We need another plan to tighten security on plastic waste arriving with permit,” he said. 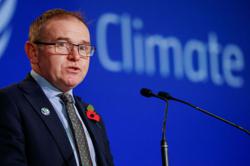