Mohd Khairi, who now works as a helper at a mixed rice stall in Johor Baru, says he used to earn RM50 a day as a parking tout.

EASY money that was just too good to pass up — that’s what a former parking tout says about his old job making up to RM50 a day off motorists in Johor Baru city centre.

Mohd Khairi Zakaria, 38, said he used to get between RM1 and RM10 per vehicle just by hanging around parking spaces in the city.

“I was a drug user at the time and also jobless so I became a parking tout in order to survive day to day.

“It was easy money but the downside was when the authorities like the police and enforcement officers from the local council came around, we would be forced to flee.

“After they left, we would resume our touting activities, ” he said in an interview with StarMetro.

He said the cat-and-mouse game went on for about two years and he was picked up by the police almost every month.

“Each time after I was released from police custody, I found myself going back to touting activities because I could get money easily that way.

“I did not mind the lifestyle as I had no real responsibilities and commitments, ” he said.

It was not until about three years ago that local boy Mohd Khairi took steps to turn over a new leaf and leave his parking tout days behind.

“My boss Lim Hock Liong, who is a kind-hearted man, gave me a second chance when he hired me to work at his food stall in a restaurant at Jalan Trus.

“I got better and that is where I have been working since.

“I am thankful for his help as he saw potential in me and believed that I could change for the better, ” he said, adding that he had also advised some of his old touting friends to change their ways.

Life as a parking tout was a waste of time and looked down upon by society, he said.

“I am leading a much better life now with a stable job where I can even save up for the future.”

It is, however, a different story for 42-year-old Raj.

He has been a tout for more than four years in the area and gets between RM20 and RM50 a day, depending on the traffic volume.

“Times are bad now as there are fewer tourists in Johor Baru and there are days where I only make RM10 because there are also more competitors.

“I used to be able to get about RM100 during Chinese New Year from the large crowds of people visiting the Johor Baru Old Chinese Temple for prayers, ” he said, adding that the money would be spent on vices. 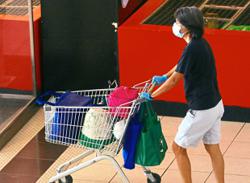 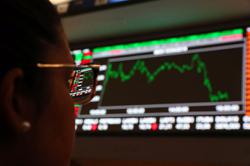