Cairul says the engagement with villagers will cover waste collection schedules, mandatory separation of solid waste at source and use of wheelie bins.

SOLID Waste Management and Public Cleansing Corporation Sdn Bhd (SWCorp) is prepared to engage with residents in traditional villages on the services it offers.

SWCorp Johor director Cairul Hisham Jalaluddin said the company aimed to create awareness and better understanding once these villages were under the jurisdiction of local authorities.

A briefing on the company’s services would first involve village heads or local community leaders, followed by the villagers, he added.

The outreach programme will cover waste collection schedules, mandatory separation of solid waste at source and use of wheelie bins.

“There could be some teething problems as it is something new for the villagers, ’’ he said when contacted.

Cairul said the villagers would have to start using the wheelie bins placed outside their houses to dispose of rubbish, instead of dumping or burning them in their backyard as done before this.

The company will also putting up a signboard on the waste collection schedule at the entrance of villages.

The villagers, he said, would be required to separate solid waste at source and practise the 3R (reduce, reuse, recycle) concept as part of their daily life.

The mandatory waste separation was kicked off on Sept 1,2015, in Johor, Putrajaya, Kuala Lumpur, Pahang, Kedah and Negri Sembilan.

villages under the respective local authorities before we can provide our services to them, ” he said.

Cairul added once the villages were placed under the local authorities, the villagers would have to pay assessment tax to enjoy the services by the respective councils.

“Although, the traditional villages are located in the Johor Baru district, we do not extend our services to them as they are yet to be gazetted as part of the three local authorities, ’’ he explained.

Under Johor’s Budget 2021, it was announced last November that the state government would extend services by the local authorities to the traditional villages, similar to housing estates in urban and suburban areas in the state.

On the integrated waste management programme for islands off Mersing, Cairul said SWCorp would extend its services if the Rural Development Ministry awarded the concession to the company.

He said once given the green light, the company would appoint a licensed contractor to collect solid waste from the villages on the islands.

are categorised as commercial entities and not residential, ” Cairul noted.

He said the resort and chalet operators would have to hire their own contractors to collect the rubbish and transport them to the mainland, and that the company would closely monitor them.

Under Budget 2021, the Federal Government has allocated RM10mil for the integrated waste management programme for islands in Mersing and Terengganu. 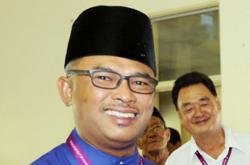