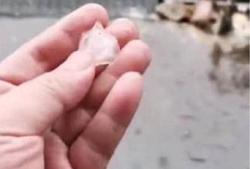 SAHABAT Alam Malaysia (SAM) is planting 1,530 trees in nine locations in Perak in support of the state government’s initiative.

The latest tree-planting programme, he said, was held near the Buntong Waterfalls in Ipoh on Jan 9 and 10, with the participation of 15 people.

“The tree planting initiative is by the state government with Mentri Besar Inc as the coordinator.

“It is one of the state’s environmental sustainability initiatives, ” he said, adding that it aimed to reduce carbon footprint and greenhouse gases.

Meor Razak said SAM had been entrusted to hold the programme in nine areas in the state, the final area being RPT Pengkalan Permai with 150 saplings.

Meor Razak added that during the event at Ban Pecah, Kuala Kurau assemblyman Datuk Abdul Yunus Jamahrim, who is also Perak domestic trade and consumerism, national integration and civil society committee chairman, was present.“We plan to complete all programmes by Jan 31, ” he added.

“We have also planted local species such as merbau, meranti temak nipis and merawan siput jantan, as well as rare plants like cerapu, kerian, perak, kasai and beruas.

“Trees with socio-economic importance to locals like petai and durian trees will also be planted.

“Among the criteria used when planting trees include suitability with the natural surroundings as well as other species found in the natural habitat, ” added Meor Razak. 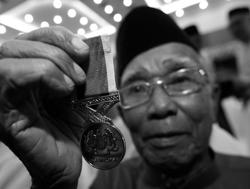