Motorists going through the police roadblock near the Penang Bridge toll plaza in Prai on the first day of MCO 2.0 in Penang.

PENANG police are calling for the public to exercise patience when they are stuck in roadblocks as proper checks need to be conducted.

“I have received some complaints from the public who said they were late for work because of the roadblocks that were mounted by the police.

“I am appealing to the public to please be patient with us during this period, ” George Town OCPD Asst Comm Soffian Santong said during a press conference at the George Town police headquarters on Sunday.

He also advised Penangites not to be complacent and to continue being disciplined and adhere to the standard operating procedures (SOP).

“Although we are reporting a good rate of SOP compliance, we must carry on by following the guidelines strictly, ” he said.

He said the operations would be conducted as a joint effort with other agencies such as the Penang Island City Council (MBPP) and state Health Department during the MCO period.

Earlier, Jagdeep who is also state exco member, said the contribution was in appreciation of policemen, who have been a vital force in the fight against the pandemic.

“We must appreciate the sacrifices made by our frontliners here and this is one way for us to thank them, ” he said.

Also present during the ceremony were Jelutong MP RSN Rayer and representatives from MBPP and MBSP. 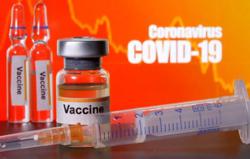