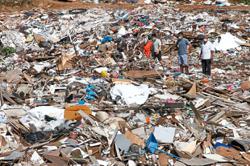 The livelihood of coastal fishermen in Gelang Patah has been badly affected by large-scale land reclamation activities.

Johor coastal fishermen are hoping the shoreline along Kuala Masai and Teluk Jawa will be off limits to property development projects in the future.

Johor South Fishermen Association chairman Azli Mohd Aziz said it would send a proposal to the state government on the matter.

“Hopefully, the state government can gazette coastal areas in Kuala Masai and Teluk Jawa as fishing zones in south Johor, ’’ he said.

He stressed that the move would ensure that fishermen were able to carry on with their livelihood without worrying about being evicted from their farms, the threat of pollution or other problems.

He said life was getting harder for many coastal fishermen as their catch was dwindling due to development in south Johor in recent years.

He pointed out that large-scale land reclamation projects along the Gelang Patah shoreline had affected the fishermen’s livelihood as fishing zones had shrunk.

“This should not happen anywhere else as coastal fishermen depend on the sea for their livelihood and survival, ’’ he said.

Azli said Kuala Masai was the biggest mussel breeding and farming area in Malaysia, as it was perfect for this activity.

He said the success story of a mussel farming project in Kuala Masai could be expanded further to involve more participants.

The large-scale mussel farming initiative, which is a Petronas-Pengerang Refining and Petrochemical (PRefChem) joint collaboration that started in 2019, has helped supplement the income of about 50 Orang Seletar participating in the project.

“On the other hand, Teluk Jawa is suitable for floating fish farms as fishermen can diversify their activities apart from depending on open seas to fish, ’’ said Azli.

Separately, he said the association would be updating details of the coastal fishermen, who are members of the association, which was done every two years.

He said the census previously only involved fishermen but this time, it would include their spouses, children and other members of their households.

“The exercise will give us a clearer picture including their income, and the data gathered

will help us when we seek assistance from the government, ’’ he added.

“This is to increase the productivity of mussel, clam and fish breeders in the state and ensure production will not be disturbed by any future developments, ’’ he said.

There are around 2,500 coastal fishermen in south Johor and their fishing areas are within 10 nautical miles covering Tanjung Piai, Iskandar Puteri, Pulai, Johor Baru, Pasir Gudang and Tebrau. 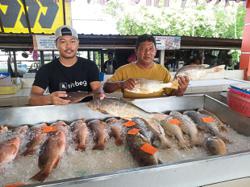 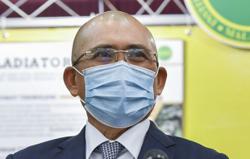