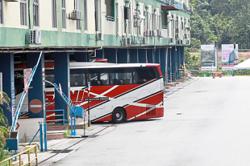 KAJANG Municipal Council (MPKj) has spent RM10.3mil on the construction of six community halls and upgrade of two existing ones as well as maintenance works for low- and medium-cost housing this year.

“About RM500,000 went into upgrading the two community halls in Hulu Langat and Cheras Jaya.

“The remaining RM2.4mil was spent on sprucing up low- and medium-cost housing with new roofing and fresh coats of paint, among other works, ” he said.

To encourage recycling in the community, Zulkefli said eight sets of recycling bins were gifted to eight schools in Semenyih.

“It is part of our efforts to reduce our carbon footprint and move towards sustainable development, as well as create awareness among students and teachers on the importance of going green.

On the local council’s continuous effort to curb illegal dumping, Zulkefli said 11 lorries were confiscated and 31 compounds issued this month up till Nov 25.

On dengue, he said Selangor had 42,418 dengue cases and 36 deaths, whereby Hulu Langat district had the second highest number in the state with 9,187 cases, including three deaths.

However, the number showed a reduction of 32.4% compared to the same period last year (on the 47th week), he highlighted, which recorded 13,593 cases and 17 deaths.“For the week ending Nov 21, there were 107 cases under MPKj’s area of administration.

“There are 43 affected localities under MPKJ’s area of administration, out of which eight are hotspots. The hotspots are located in Kajang (4), Sungai Ramal (1), Balakong (2) and Semenyih (1).

“Based on MPKj’s monitoring, there are nine localities affected, of which four are the hotspots mentioned, four others are under control and one new area registered, ” added the council president. 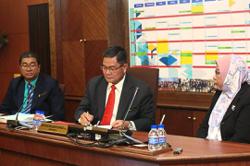