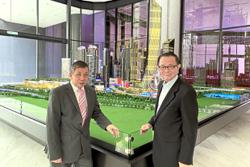 The footprint for the RM10bil i-City SGT has become a greater part of a 714.7ha economic zone under the new rezoning plan.

Creating a region similar to the famed Silicon Valley in the South San Francisco Bay Area of California in the United States, it will be crucial to Selangor’s efforts in attracting more foreign direct investments, particularly from the high-tech industry.

Listed in the MBSA Local Plan Draft 2035 are proposed developments and townships surrounding six key cities in the state, including i-City SGT — a smart technology city.

The enlarged SGT now stretches on one side of i-City SGT to include Bukit Raja Selatan Industrial Park, with the edge of Universiti Teknologi Mara (UiTM) on the other side.

The inclusion of UiTM and Universiti Selangor gives i-City SGT the complementary support of an education hub coupled with high-technology, medical, commercial and recreational hubs which house some 30,000 knowledge workers.

From the start, Selangor Mentri Besar Datuk Seri Amirudin Shari was convinced that the rapid developments within i-City SGT were capable of turning the state capital into a key pillar by offering excellent economic opportunities.

Selangor’s economy grew at the fastest pace of 6.7% among all other states, followed by Kuala Lumpur at 6%.

From January to June 2019 alone, some 132 manufacturing projects were approved by the Malaysian Investment Development Authority (Mida) in Selangor with an investment value of RM5.96bil.

Out of this, RM2.15bil was from local investment while the rest was from foreign investments.

“The investment is a positive indicator of more job opportunities in Selangor.

It came as no real surprise that when Amirudin revealed the new draft rezoning plan, the footprint for the RM10bil i-City SGT had become a greater part of a 714.7ha economic zone.

The announcement opened a flood of positive response from Malaysians, who were optimistic about the socio-economic benefits that would arise as a result of the forward-looking plan.

As envisioned, i-City SGT has entrenched itself as a leading player in Selangor, particularly in Shah Alam.

Its growing success is due to its excellent infrastructure and connectivity, such as major highways and roads, which connect it to seaports and airports while keeping it within 30 minutes driving distance from most parts of the Klang Valley.

With the light rail transit (LRT) line 3 soon to service the transit-oriented development, its connectivity will be further enhanced. 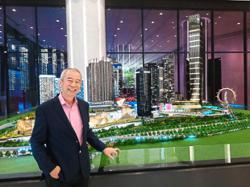