A customer manually writing his particulars in a log book at a shop.

SIBU: Sibu Coffeeshop and Restaurant Owners Association wants the government, which is mulling the compulsory use of the MySejahtera app, to be more flexible.

Its chairman Tong Ing Kok said the government should give people choices — use manual registration or MySejahtera app — instead of making the latter mandatory.

While acknowledging that using the app was more convenient and speedier for customers, he said the option of manual registration should be maintained.

“This is similar to e-payment.

“Not everyone prefers to use this payment method as there are those who still choose to use physical money for transactions, ” he said.

The mandatory use of MySejahtera app, he said, would affect business at eateries if customers, especially senior citizens could not use it.

He explained that senior citizens should be allowed to continue recording their particulars manually in a log book provided by eateries.

“Many senior citizens do not own a smartphone.

“So how can they use the MySejahtera app to record their particulars?” he asked.

As for those who own smartphones, he said, some did not know how to use the devices properly or had difficulty reading tiny text on the small cellphone screens.

In such cases, he added, manual registration suited them better.

However, Tong acknowledged that using the app helped to avoid long queues which would occur if manual registration continued.

“Long queues happen when some people take longer than usual to write down their particulars in the log book.

“But with MySejahtera, an individual only needs to click once to check in, ” he said. 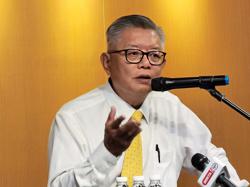