PJ Old Town was the eighth area barricaded by the authorities to curb the spread of Covid-19 following the closure of Pasar Besar Jalan Othman.

A TOTAL of 230 families in 163 houses in Section 2, Petaling Jaya that are affected by the enhanced movement control order (MCO), received fresh produce including fish and vegetables.

Bukit Gasing assemblyman Rajiv Rishyakaran said 8kg packs of fresh vegetables and frozen fish as well as eggs, bread and kaya were given to residents in the PJ Old Town area, which was placed under enhanced MCO last Sunday after 26 positive Covid-19 cases were detected.

This was the eighth area to be barricaded by the authorities to curb the spread of Covid-19 following the closure of Pasar Besar Jalan Othman. The enhanced MCO will last until May 23.

“The fresh produce distributed today is to ease the affected residents’ burden as they would have run out of fresh food by now, and we took a bit of time to get all the required permission before handing out the essential items, ” Rajiv told a press conference in PJ Old Town.“A generous sponsor also donated a bag of onions to each of the 500 houses in Taman Medan and Bukit Gasing.”

He said the Welfare Department would deliver the second round of dry goods to the residents soon.

“We will make arrangements for the second round of fresh produce, including vegetables and chicken to be distributed on Tuesday, ” he said.

He added that there were many elderly folk in the affected areas and it was difficult as well as unhealthy for them to live on just rice and canned food.

“We are not allowed to go beyond the barbed wire fence.

“The vegetables arrived in crates on Wednesday, and my volunteers who are mostly residents of PJ Old Town living outside the barbed fence, helped pack the vegetables and fish, ” he said.

He added that the fish came from Sungai Besar while the vegetables were supplied by PJ Old Town market traders.

Rajiv said it was important to support local traders as much as they could.

“The eggs and bread were supplied by SS2 market traders, ” he said.

He expressed gratitude to the Welfare Department, JPAM, Rela and MBPJ for helping to send the food to residents affected by the lockdown.

“It is not easy to carry a big bag with eggs, and under the hot sun.

“At peak time, there were 15 volunteers helping us pack the food.”

He added that they were also working with the Welfare Department to deliver cooked food to 17 senior citizens and people with disabilities who live alone in the areas affected by the enhanced MCO.

“These are mostly elderly folk in their 80s and 90s who are unable to cook for themselves.

“On a normal day they can have food delivered, but now caterers cannot deliver food to them at home.

“We provide them lunch and dinner cooked by restaurant operators outside the affected area, ” Rajiv explained.

He said affected residents who needed help to obtain their medication could contact his office via the operations room at 03-2935 9135.

“We will help buy medicine for them and the Welfare Department will deliver it to them during the enhanced MCO period.

“Essential items such as diapers, toiletries, sanitary pads and cooking gas can be sent to my office and we will help deliver them but the items have to be strictly essentials, ” he added. 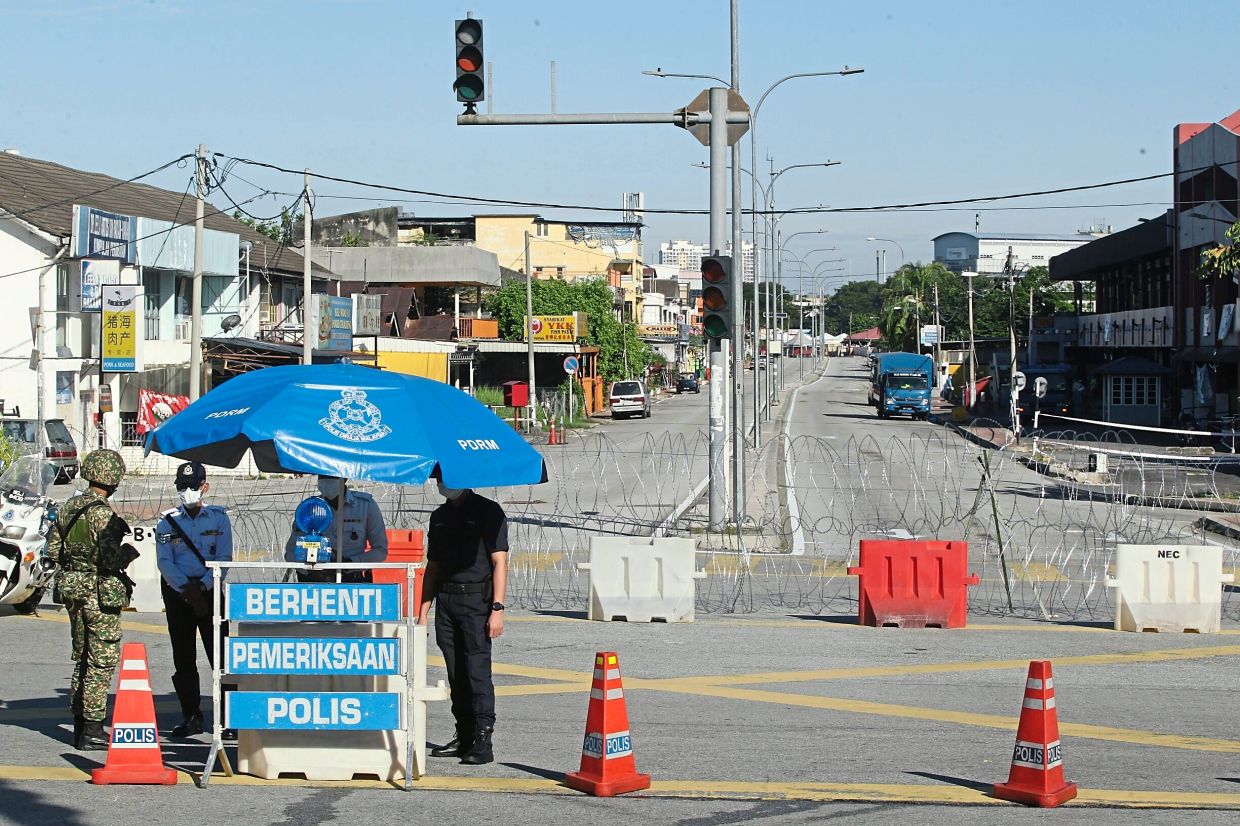 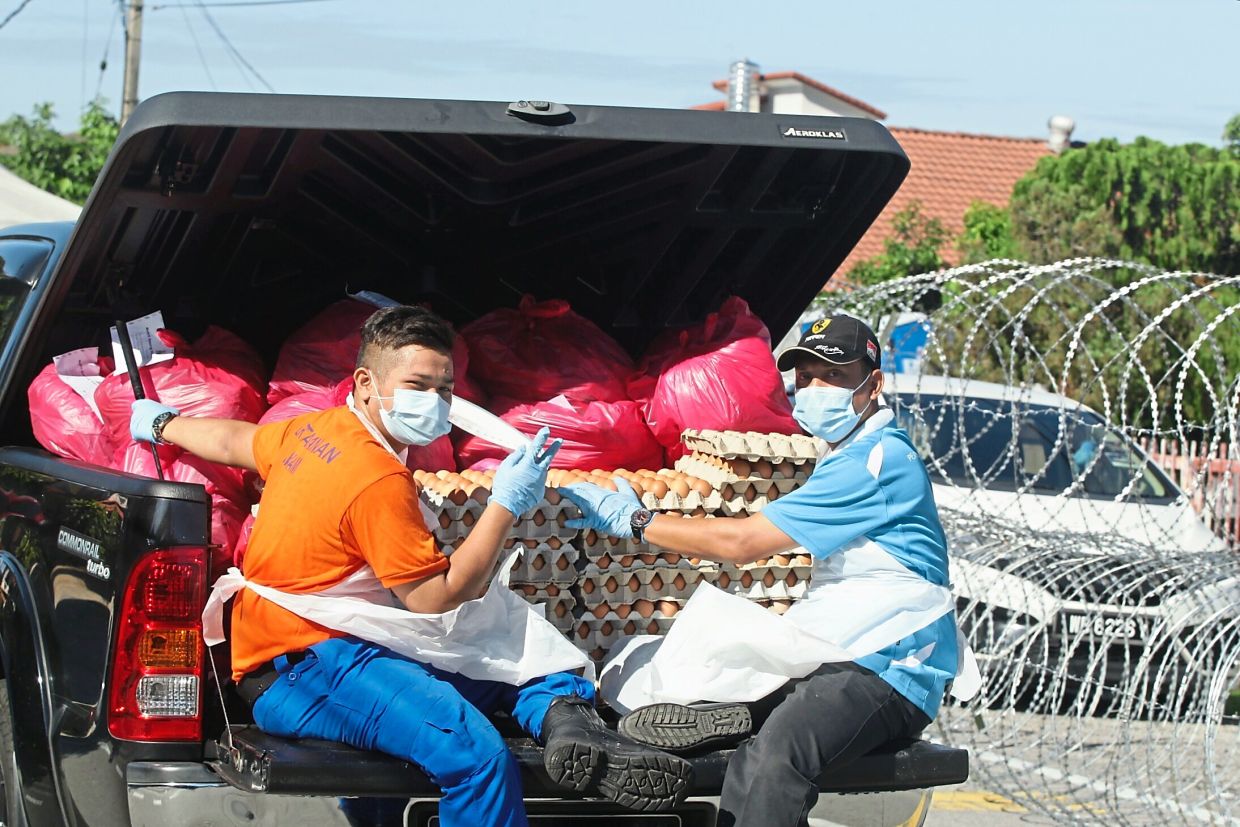 PJ Old Town was the eighth area barricaded by the authorities to curb the spread of Covid-19 following the closure of Pasar Besar Jalan Othman.

Trays of eggs being prepared to be delivered to residents in PJ Old Town affected by the enhanced MCO till May 23.