No let-up in fight against virus

(Above and below): Kedah Fire and Rescue Department conducting the sanitisation exercise at the National Registration Department. — Bernama

THE Kedah Fire and Rescue Department (JBPM) has carried out sanitisation exercises at more than 100 locations statewide in an effort to curb the spread of Covid-19.

“We are using sodium hypochlorite for the sanitisation process at the locations where people are doing businesses.

“We focus on surfaces that are often touched by people like door knobs, elevators and service counters.

“There are several locations where public sanitisation will be conducted in stages throughout the state.”

He was speaking after a sanitisation operation was carried out at the state National Registration Department (NRD) building in Alor Setar on Tuesday.

Meanwhile, state NRD director Yusman Hambali Ahmad said his department had asked fire and rescue personnel to sanitise their premises as the agency had continued its operations all the while and received a lot of visitors seeking help in various matters. 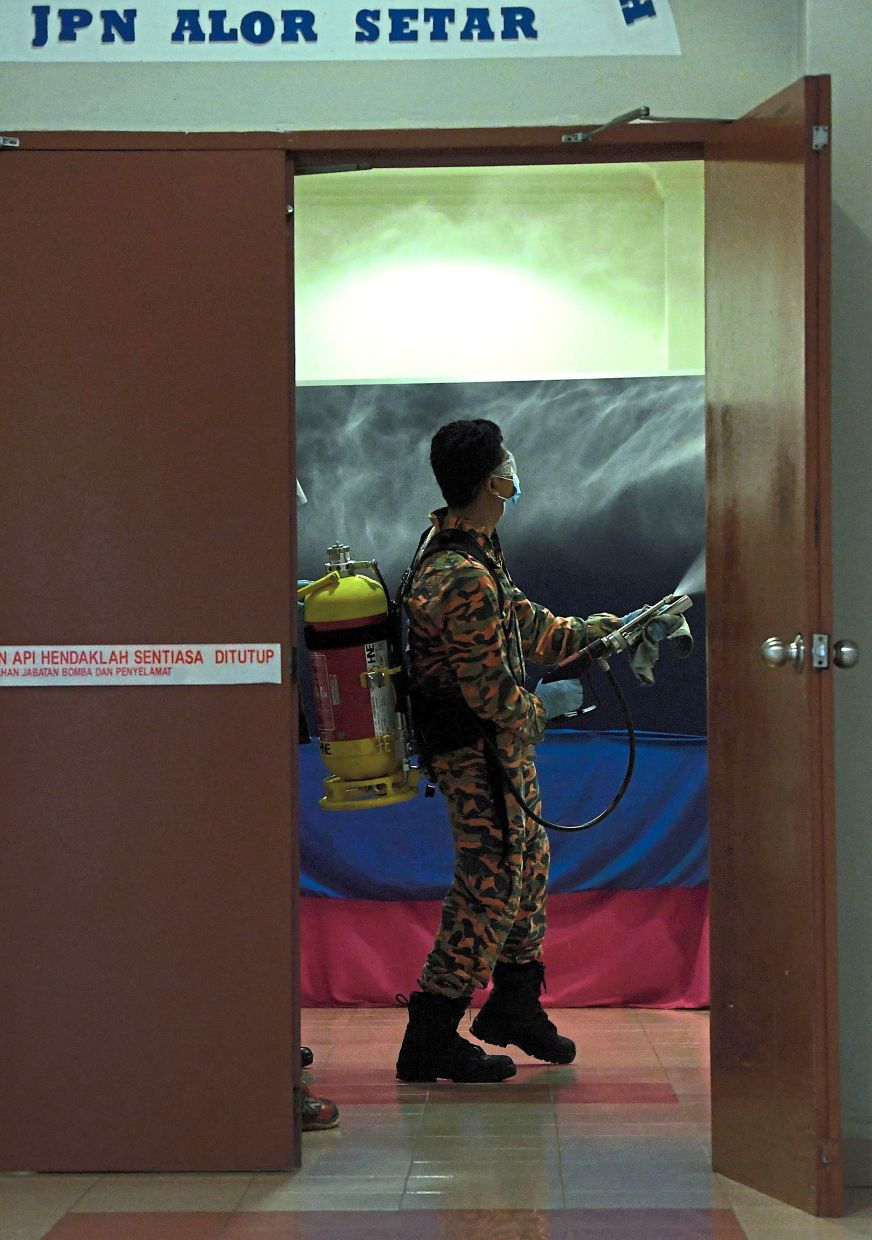 Yusman said members of the public could still contact his department for the purpose of replacing damaged or lost identity cards but this has to be done via appointment.

“Those who really need the NRD service can call 04-7314585 to schedule an appointment.

“The department is also taking precautionary measures by allowing only five customers in the office at any one time.

“We also maintain social distancing with temperature checks to be carried out first on everyone,” he said. — Bernama