A wheelchair-bound man getting his temperature checked during Ops Selamat in Komtar.

THE Penang government has set up a halfway house at the Caring Society Complex in Jalan Utama, George Town, with 66 beds for the homeless over the movement control order (MCO) period.

State welfare and caring society committee chairman Phee Boon Poh said the first batch of 20 ‘residents’ comprising 16 men and four women moved in after they were rescued in an operation codenamed Ops Selamat in the vicinity of Komtar on Friday.

He said the operation was in line with the state’s Penang 2030 Vision.

“They will be given three meals a day until the MCO is over on April 14. We also provide them with a ‘coffee corner’ in the event that they need some refreshment.

“This place was set up to keep the homeless safe and to ensure that they have a clean bed to sleep in. They were caught sleeping on cardboard sheets close to each other on the five-foot way around Komtar.

“This is not hygienic, and the state cannot afford to have one of them catching the coronavirus and spreading it to the rest, ” he said, adding that their immediate family members (if they have any) would also be contacted to come and receive them.

It is learnt that the halfway house was set up with the help of the Penang Buddhist Tzu Chi Merit Society Malaysia.

Phee said Ops Selamat would be ongoing as “We need to make sure that the homeless are healthy and free from the Covid-19.

“We have held numerous such operations over the years, and we found that most of them actually have families but they chose not to stay with them due to personal problems.” 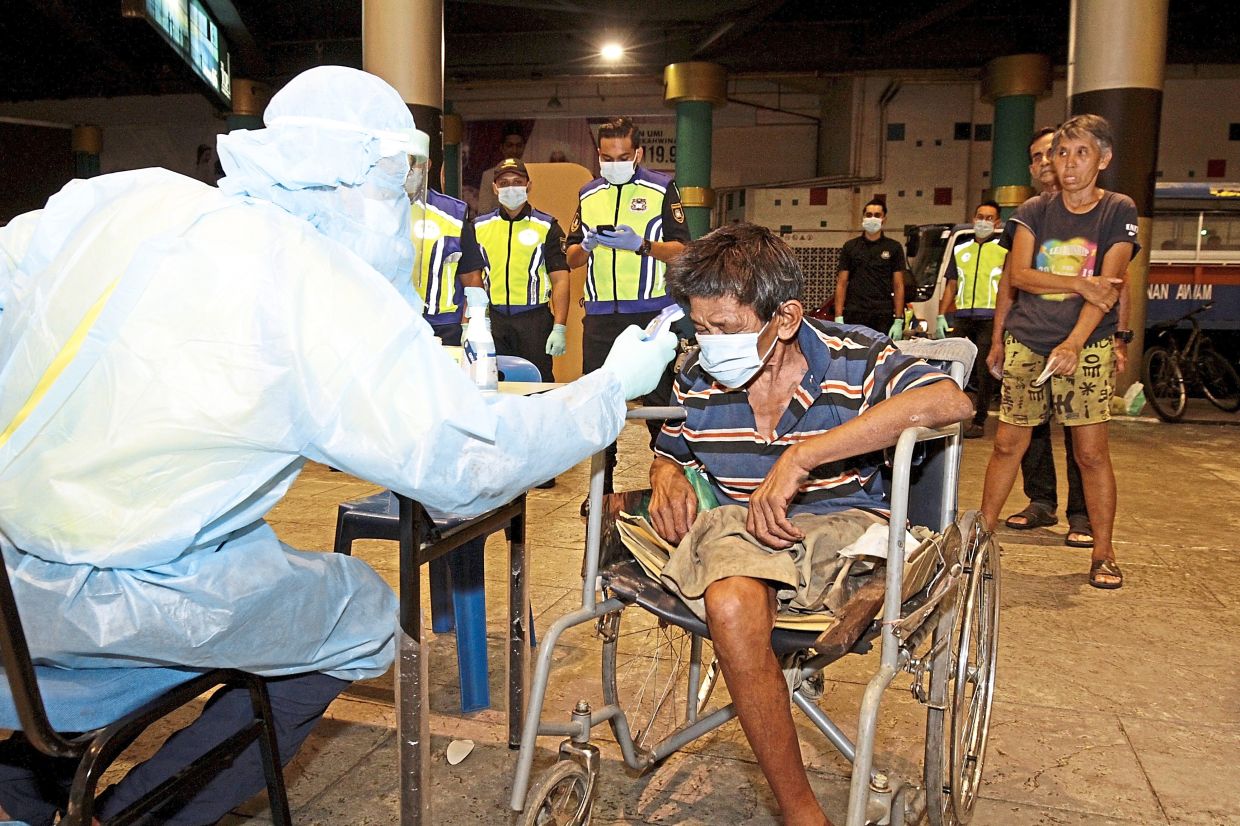 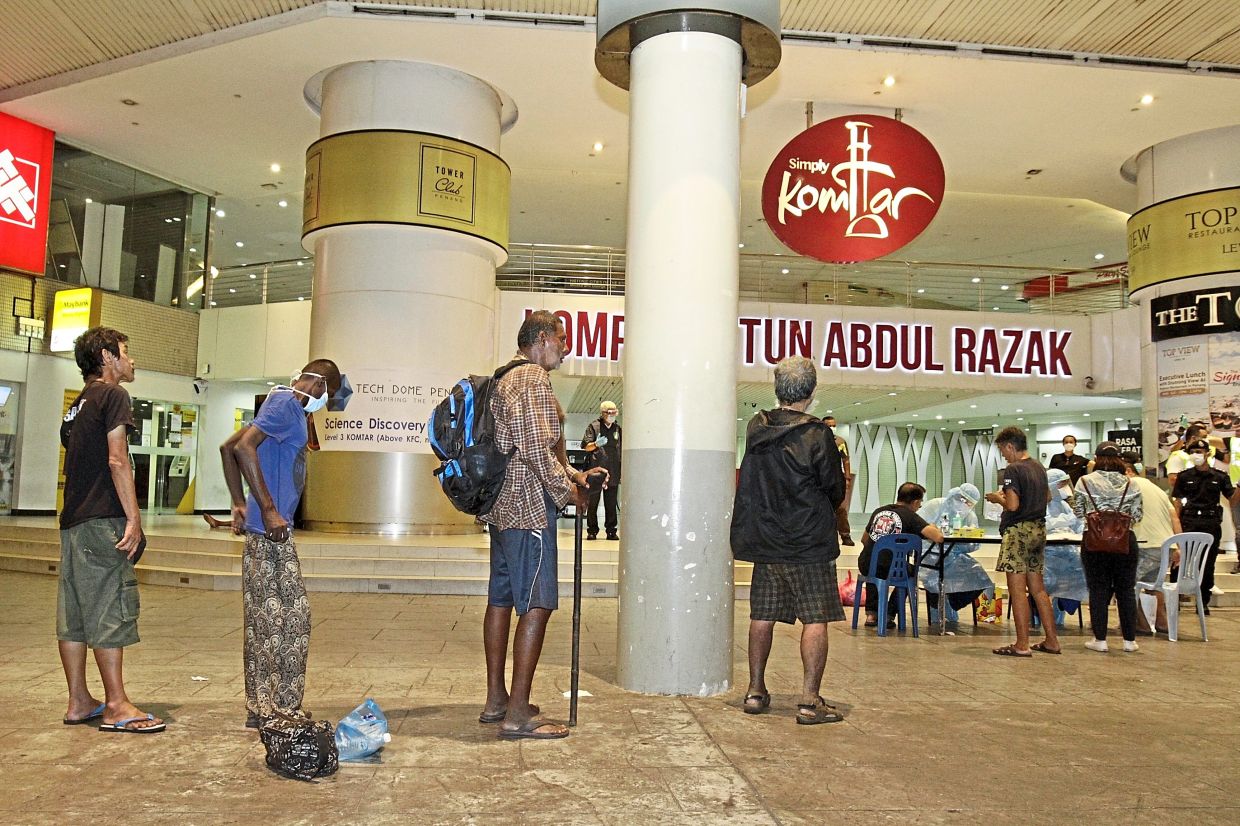 A wheelchair-bound man getting his temperature checked during Ops Selamat in Komtar.

Penang Buddhist Tzu Chi Merit Society Malaysia members helping to set up the halfway home for the homeless at the Caring Society Complex.

Some of the vagrants waiting to be screened in Komtar, George Town. — Photos: CHAN BOON KAI/The Star

Members of Buddhist Tzu Chi Merit Society forming a human chain to transport materials for the halfway house at the Caring Society Complex in George Town. 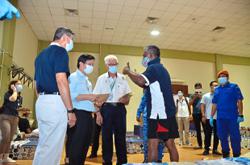 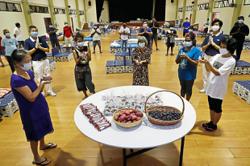 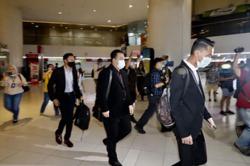