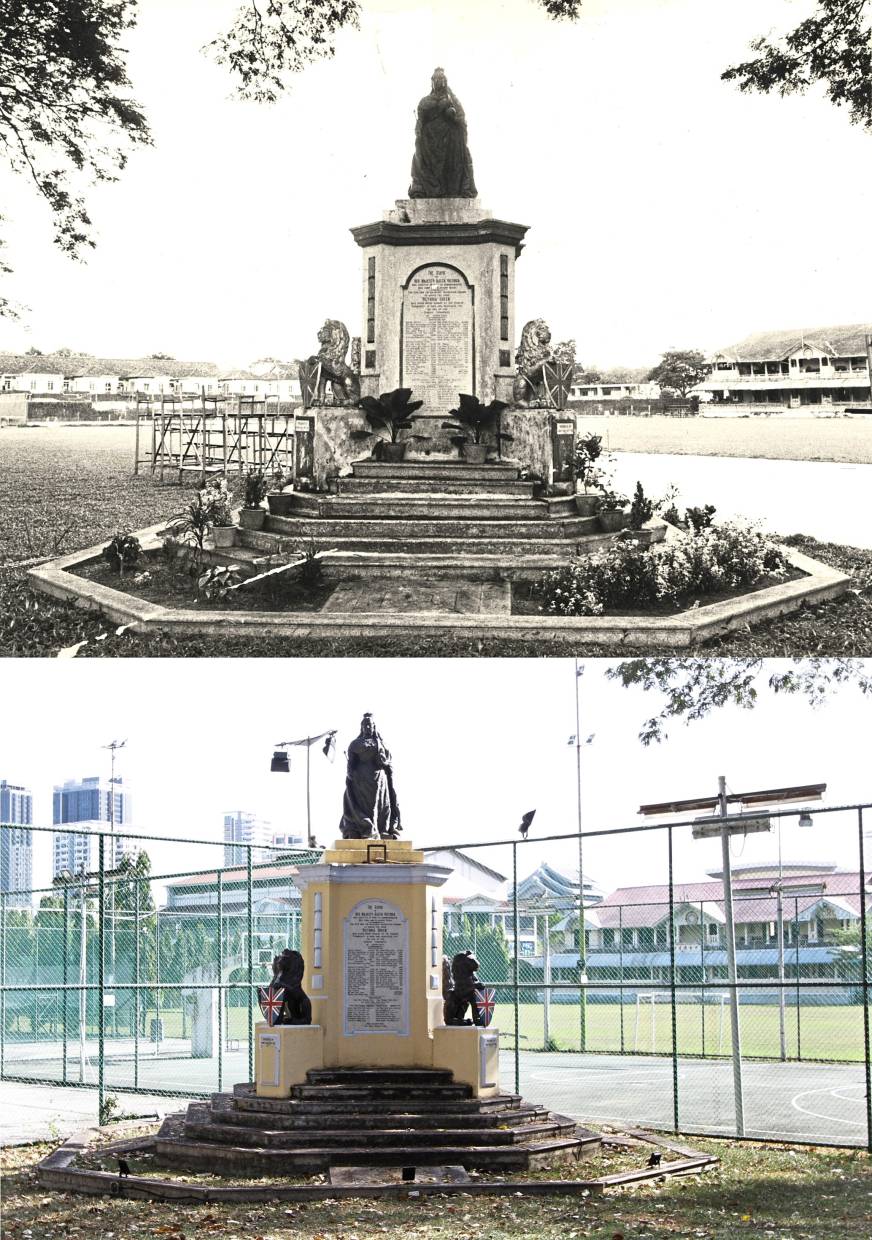 If Queen Victoria Memorial could talk, it would tell you a story of how the Chinese in Penang defied the Imperial Japanese Army during WWII.

The statue was erected by the Chinese community in 1930 and when the Japanese came, they wanted to cart it away. But Penangites back then were loyal to the British empire. They encased the whole memorial in a giant box and somehow kept the Japanese from carrying out their plan.

After the Japanese Occupation ended, the box was removed and the memorial remains today at the corner of Burmah Road and Pangkor Road, unscathed by WWII.