In conjunction with the OBS’ sixth anniversary this year, the run saw some 6,000 participants having a whale of a time to mark the start of the Yuletide season.

Accountant Pang Beng Teng, 40, decided to bring his family along on the Sunday event which also coincided with the Winter Solstice Festival.

“All six of us including my mother-in-law registered for this event as we wanted to spend a good family time together.

“Festivals are meant to be celebrated together and we have registered for other upcoming events,” said Pang from Bayan Lepas.

Penang youth and sports committee chairman Soon Lip Chee, who flagged off the event, said the participation of 18 nationalities showed that unity could be achieved through sports.

“I am glad to celebrate this scene of multi-diversity and unity amid all the fun.

“The participants came from near and far to celebrate the Winter Solstice Festival and Christmas together here in the George Town World Heritage Site.

“This serves as a catalyst that inspires Penangites to lead an active and healthy lifestyle while embodying the core idea of the initiative ‘Sports For All’.

“Sport is accessible to everyone irrespective of age, ethnicity or background,” he said in his speech. 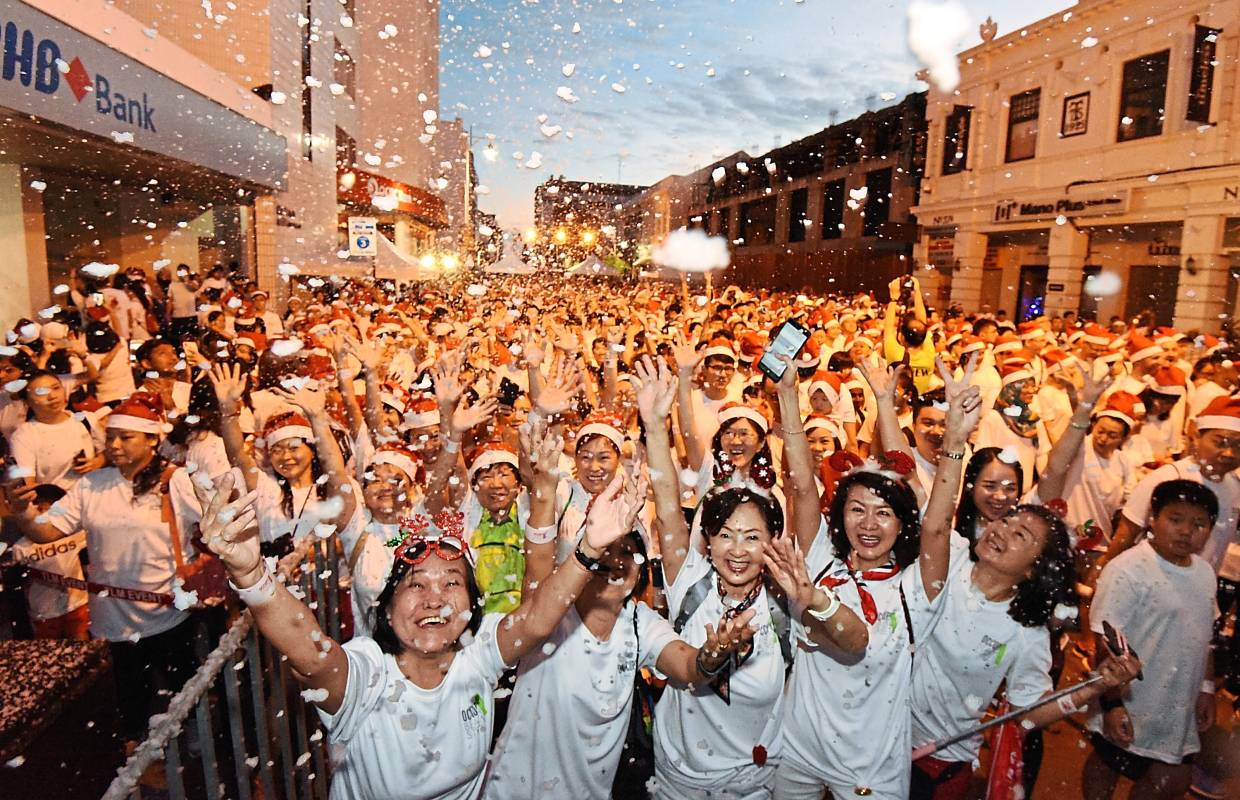 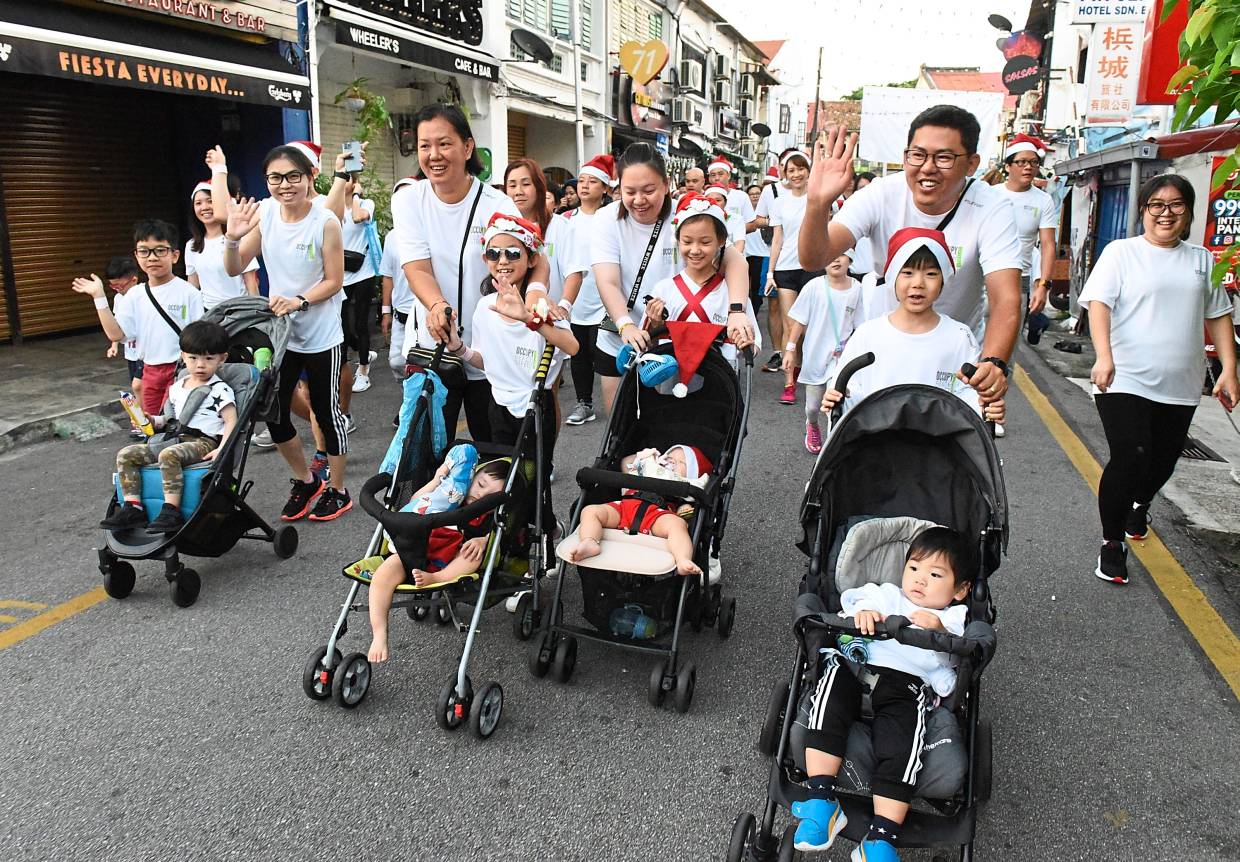 It’s a family gathering for some as little ones in strollers also take part in the joyous event.

Participants running along Lebuh Farquhar while some decide to take it easy.