Guests smiling for the camera prior to the special screening of the final instalment of the Star Wars saga. The event was a collaboration between Star Media Group and Golden Screen Cinemas.

FANS of the Star Wars franchise turned up dressed to the nines to catch the final instalment of the saga, Star Wars: The Rise of Skywalker.

At the black tie event held at the new Aurum Theatre by Golden Screen Cinemas at The Gardens Mall in Kuala Lumpur, guests of Life Inspired, The Star’s luxury pullout, expressed their excitement at being at the premiere of the final movie in the iconic movie franchise.

“I have so many light sabers at home,” exclaimed Munazirah, 32.

“I am such a big fan that people keep giving me stuff,” she said, adding that she was excited to watch the finale.

“To me, Star Wars is actually about love and balance of good and evil. I started watching it about eight years ago.

“Every time a new movie comes out I want to catch it as soon as possible and don’t want people to tell me what happens,” she said. 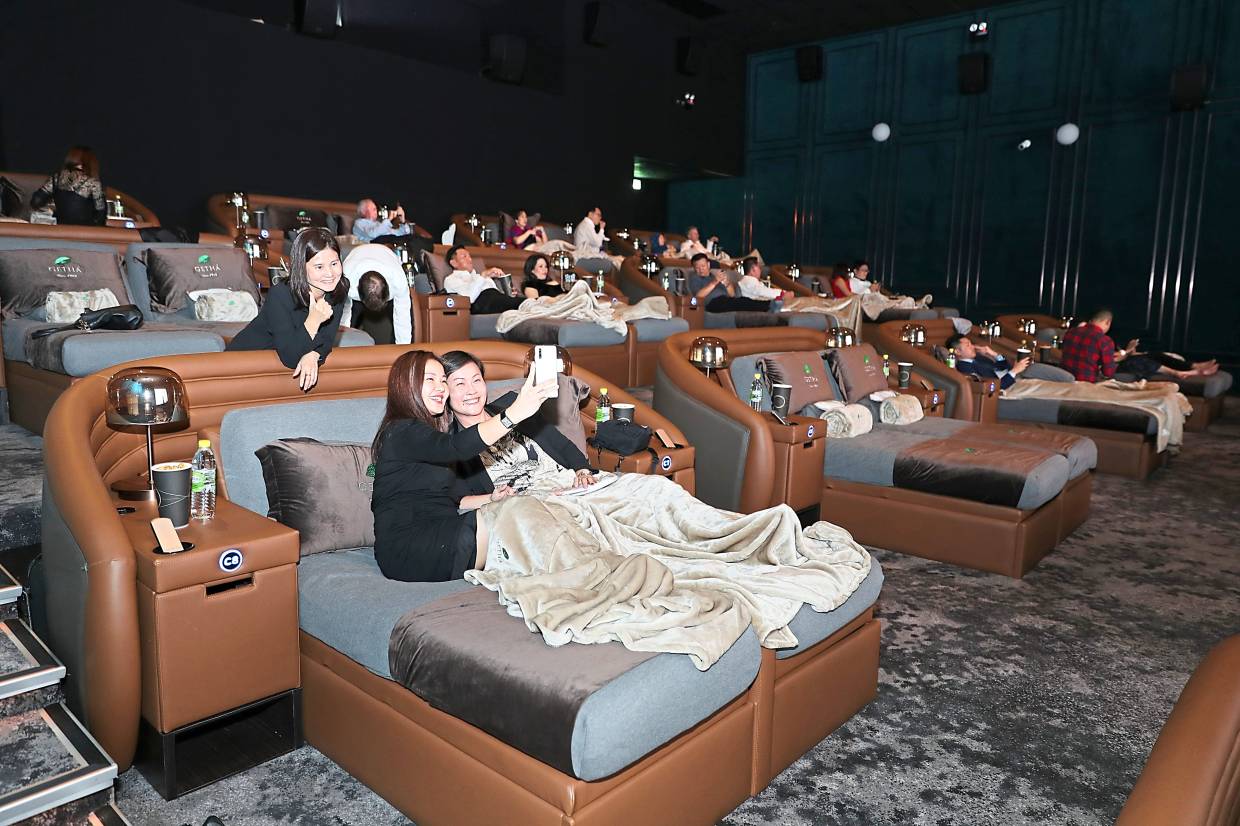 Guests enjoying themselves at the special screening of ‘Star Wars: The Rise of Skywalker’ at Aurum Theatre, The Gardens Mall in Mid Valley, Kuala Lumpur. —Photos: GLENN GUAN and AZLINA ABDULLAH/The Star

Actress Carmen Soo and her husband Benson Tan have watched the last few movies in the franchise together, but Tan is the bigger fan, having followed the saga since he was 10.

“I have very high hopes for this movie,” he said, despite feeling a little sad that the saga is coming to an end. “But I am sure there will be much more to come such as spin-offs,” he added.

Comedian Papi Zak whose real name is Mohd Zakry Kamal grew up watching Star Wars, and his favourite film is Star Wars Episode V: The Empire Strikes Back, as it was the first one he watched that left a lasting impression.

“I am very sad that it is ending but I believe it will be the perfect send-off. I have watched it since I was 12 and it is the culmination of all the movies we grew up watching,” he said.

The Star Wars saga began in 1977, when the first film came out, but the franchise resonates with the younger generation.

Jackson Tor, 18, has followed the movies since he was nine.

“My favourite is The Empire Strikes Back. It is an exciting franchise and I cannot wait to see how it ends,” said Tor.