Pushing the limits through trail run The steel bridge near the entrance to the park was a welcome sight after the challenging 6km run. — Photos: CHRISTINA LOW/The Star

OCCASIONALLY it is good to get out of the gym and be surrounded by lush greenery and muddy terrain to challenge yourself further and make new friends.

After a long break from the trails, I was itching to head to the great outdoors.

I got my chance at North Face Malaysia’s monthly trail run in Taman Rimba Bukit Kerinchi, which saw 90-odd avid runners and hikers pushing their limits. This time, the organisers collaborated with the team behind the upcoming Malaysia Mountain Trail Festival (MMTF) in Perak.

If you are unfamiliar with Taman Rimba Bukit Kerinchi, it is located close to the Pantai Hillpark residential area and linked to Bukit Gasing. It can get a little crowded in the morning and you may even meet those who entered the park via the Petaling Jaya entrance.

Parking space is limited and is often taken up before 7am, causing many visitors to park along the road leading to it.

Most of the participants arrived just before 7am. The day started with roll call for safety reasons and a short briefing by the organisers to introduce the pacers and sweepers for the day.

The trail was still wet because it had rained the night before. We were advised to look out for route markers placed along the trail and not blindly follow the person in front of us.

Upon entering the park, we ran along a 50m path before queuing at the foot of the hill to get to the top.

Thanks to regular hikers who had left their mark, most of the uphill sections had step-like footpaths.

Unfortunately, there were also slippery areas, prompting many of us to hold on to tree branches and anything we could grab to prevent ourselves from sliding down the hill.

From afar, I could hear others shouting “Trust your shoes, they are made for this!”

I was wearing a pair of trail shoes which I swear by but in my opinion, muddy slopes are still scary.

Unlike running shoes, the ones made for trail running provide better grip and traction, so it is worth investing in a pair if you enjoy the sport or simply like hiking with friends.

After more than 3km and squeezing our way through narrow intersections, we began crossing paths with hikers who were not part of the team.

Not wanting to get lost by following the wrong group, I started looking out for the route markers mentioned earlier.

When some of us spotted sunlight at the top of the hill, we thought the run was over, only to be told that we had only arrived at one of the “photo stops” near a temple and telecommunication tower. Some runners took a break while others continued, going down the slope and back into the trails.

It felt as though it would never end as we journeyed downhill, passed by a stream and came upon some ropes at a concrete retention wall.

I was a bit doubtful if the rope was strong enough but some words of encouragement from another participant gave me the much-needed push as I climbed the steep wall, banking on the strength in my hands and feet.

After that ascent, the journey was much calmer with more downhills. Eventually, the familiar-looking steel bridge greeted us at the end of the 6km run.

There are many routes that you can take in this park but it is always best to go with someone who is familiar with the area.

Along the way, I stumbled upon a family who brought their pet dog along. They frequently gave way to fast runners.

I asked if their dog was a regular and to my surprise, the family said, “He has been walking here every week for the past seven years.”

If you happen to meet this family on a Sunday morning, you are sure to be in safe hands!

Before we left, many participants expressed their interest in the MMTF race taking place in Perak next month.

MMTF race director Ewegene Tan said, “It is not going to be easy in Taiping but I hope everyone is in for some fun after months of training and most of all, complete it.”

With just a few weeks to go, Tan urged those who had signed up for the gruelling race to prepare themselves for rain and muddy terrain.

MMTF will be held for the second year from Dec 13 to 15 with more than 1,900 runners from 27 countries expected.

The competition will feature four routes — 10km, 25km, 55km and 84km — which will test the physical endurance of fitness buffs running along pristine yet challenging trails with elevations of 400m, 1,200m, 3,100m and 4,600m respectively. 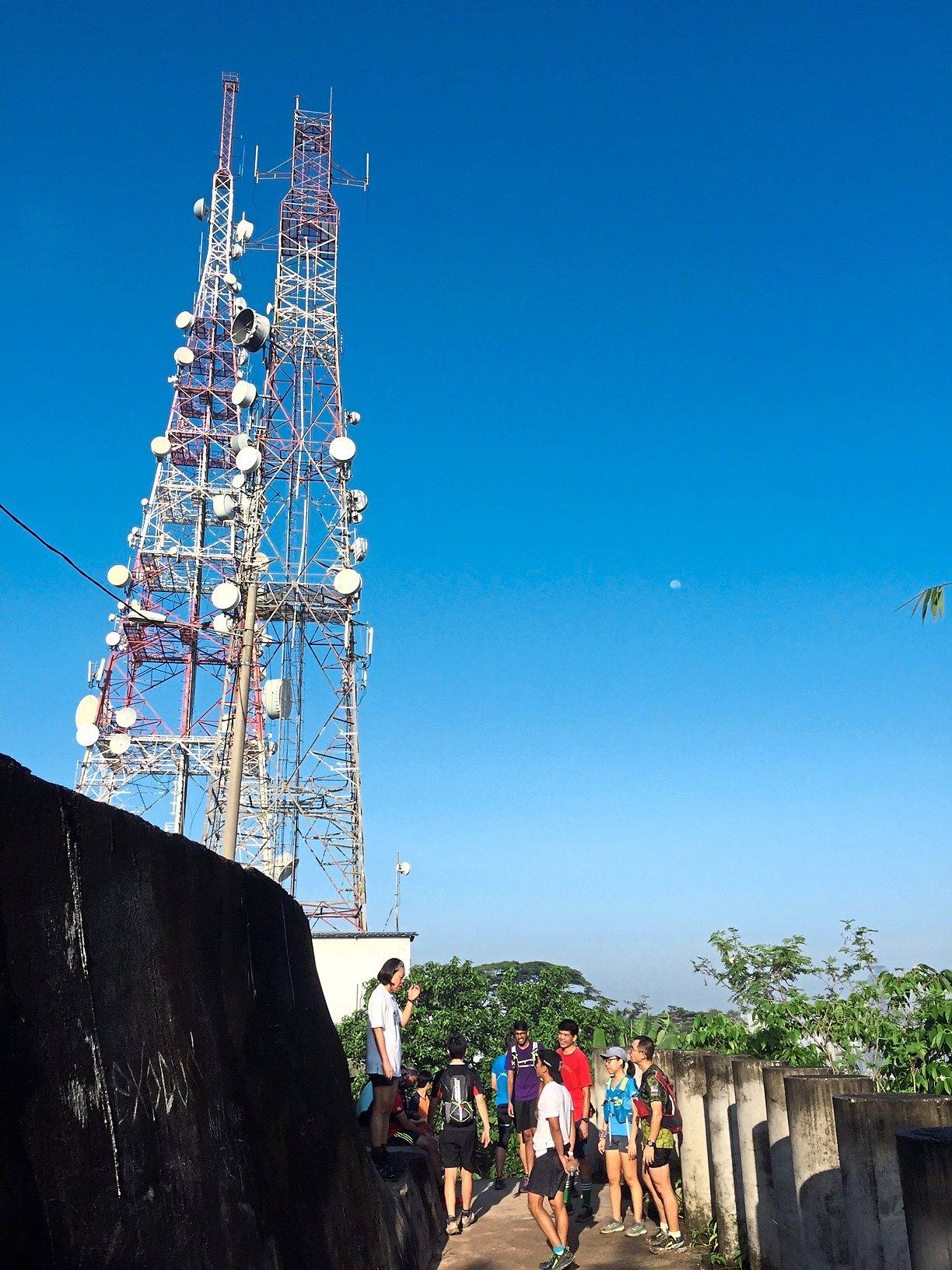 The steel bridge near the entrance to the park was a welcome sight after the challenging 6km run. — Photos: CHRISTINA LOW/The Star

Participants climbing the concrete retention wall before continuing their run in the forest.

The forest is also home to several streams which provide a great photo opportunity.

Runners slowly making their way up a trail.

Midway through the run, some of us took a break under a telecommunications tower where an Indian temple is also located nearby.

Participants of the trail run being briefed by the North Face Malaysia team before entering Taman Rimba Bukit Kerinchi. 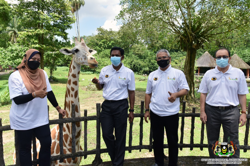