Hazards of breast injections with fillers

Many women are afraid of surgery and scarring, which is why they turn to breast injections with fillers, which unknowingly to them may be hazardous to their health.

THE most common kind of cosmetic surgery is breast augmentation and the recent years have seen an increase in women who opt for this procedure.

The safest way of breast augmentation would be breast implants in which cohesive gel implants are placed behind the breast tissue so that it pushes the natural tissue forward and increases the overall size of the breast.

Unfortunately, many women are afraid of surgery and scarring, which is why they turn to breast injections with fillers, which unknowingly to them may be hazardous to their health. Dr Harjit divulges that she sees up to 10 to 15 patients a year with complications arising from the procedure. ‘Introducing foreign bodies into the body may stimulate a risk of cell change, that can in turn be potentially cancerous, ’ Dr Harjit warns.“Fillers are popular in plastic surgery. People have been injecting it into their faces to give back volume as well as fill up creases in the skin. For breasts, fillers are meant to be injected into the fascia (sheet of connective tissue) covering the pectoral muscle — filling up the fascia without coming into contact with breast tissue, giving the appearance of an implant.

“However, it takes a lot of skill and ultrasound guidance to be able to inject the filler into the right plane and very often, this is not how it is done, ” she says.

The danger in this type of procedure is that there are many unlicensed beauticians as well as clinicians who offer this service. The complex intricacies of the procedure, coupled with unlicensed practitioners often result in the fillers being injected directly into the breast tissue. This gives rise to dangerous medical consequences.

“When these women come in for a scan, the entire breast texture and architecture are completely obliterated by the fillers. Surgeons are then unable to differentiate between natural tissue and fillers. Over a period of time, fillers can start to form granulomas — presenting as multiple painful lumps in the breast.

“Not only can they get infected and end up as abscesses in the breasts, they also make it very difficult to differentiate a collection of fillers from a tumour. This can only be confirmed by an MRI scan but MRI scans are expensive and as such, women may not be able to have them done frequently — leading to a high risk of having cancerous lumps being missed.

“Introducing foreign bodies into the body may also stimulate a risk of cell change and that can in turn, be a potential cancerous change. While there is not enough sufficient data to confirm this, it is entirely possible, ” Dr Harjit warns.

Aside from that, with unlicensed beauticians administering the injections, sterility may not be up to par, which can mean a high chance of infection — whether instantaneously or later on when the granulomas form. Once there is an infection, it spreads like wildfire and pus can begin bursting from various spots on the breast.

Despite claims that fillers are hyaluronic acid that will resolve within six to 12 months, Dr Harjit states that the fillers used by unlicensed beauticians often contain other substances such as silicone. She shares that she has not seen fillers resolve fully on their own and they are usually impossible to remove completely even with frequent needle aspirations.

Therefore, when there is an infection, it means there will be recurrent abscesses that require recurrent surgery and draining. It also means that when the fillers begin to disappear, it happens unevenly — leading to the breast becoming distorted. Some women become so depressed and traumatised from their disease and deformed breasts that they opt for mastectomy with implants inserted thereafter.

“I’ve also had a patient end up in the Intensive Care Unit because of an acute immune suppression following breast filler injections. She was very unfortunate that her body responded badly to the introduction of the foreign substance. It had caused multiple problems with her.

“There are many women who had filler injections into their breasts and luckily, have not encountered problems — these are the women who will then recommend it to others. However, you never know if you may be the unlucky one who has a severe reaction to it, ” Dr Harjit cautions.

At the end of the day, the safest option for women looking to have breast augmentation procedures would still be breast implants as they can be removed later on in life should the woman decide to do so. Another alternative that is becoming relatively popular is fat injection in which liposuction is performed on the fat in unwanted places and injected into the breast. This type of procedure involves no foreign bodies, but there is still a risk of developing infection and fat necrosis (death of fat cells from injury). Nonetheless, it is still a much safer alternative.

For women looking to have their breasts augmented, Dr Harjit advises, “Firstly, consult a doctor to ensure your breasts are disease-free. Then, get an opinion from trained cosmetic surgeons until you are confident that you want the procedure done.

“It is also imperative that one has realistic expectations. There will always be scarring when surgery is involved — it is only a matter of how well it is concealed. Cosmetic surgery is a personal choice — you are doing this for yourself and need to make sure you get it right and safe.”

This article is contributed by Prince Court Medical Centre (KKLIU No. 2495/2019) 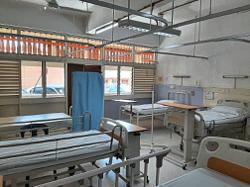