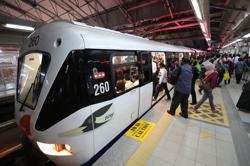 An artist’s impression of the Bayan Lepas LRT at Komtar.

THE projected total passengers for the Bayan Lepas light rail transit (LRT) of 42 million is in line with the state’s goal of achieving the model share of 40% public transport users and 60% private car users by 2030.

Chief Minister Chow Kon Yeow said they projected an initial model share of 10% for public transport users to gradually increase to 40% in the long run.

“The projected annual passengers is seven million with a revenue of RM20mil for 2027.

“For 2032, the annual projected passengers is 16 million with a revenue of RM50mil, ” he said in his winding-up speech at the state assembly meeting at Dewan Sri Pinang in George Town on Friday.

Chow said the state government would have to bear all operational deficits for the proposed LRT in the early stages.

“A successful example was Singapore, which depended on government support to maintain and upgrade public transport assets.

“This is to ensure that the LRT service is of quality and its assets are managed in an efficient and safe manner.

“Public transport, such as the railway, is public service, and its capital expenditure has to be borne by the government, ” he said.

Chow then said London’s Tube, which is 150 years old, is still being funded by the government.

“Based on latest projection, the operation and expenditure costs for the Bayan Lepas LRT will be RM32mil in 2027 and RM40mil in 2032.

Chow said the state government, through the Penang Transport Master Plan (PTMP), hoped to build infrastructure that caters to both public transport and private vehicles.

“Other than encouraging 40% public transport use, the state will still need to provide a good network of highways for the other 60% of road users.

“In Hong Kong, despite its 90% public transport use, they are still building highways.

“The cost of a highway project in Hong Kong currently is about RM45bil, which is almost the same as the overall cost of the PTMP.”

Chow said the Penang South Reclamation (PSR) is a transformation plan for the next 50 years for the state.

“This is why the state needs to plan for the future to ensure the sustainability of the state.

“It (PSR) plays an important role in generating 300,000 jobs in the future as an international manufacturing and services hub.” 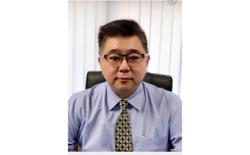 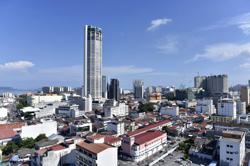