Malls diversify to stand out from crowd

AT A shopping centre in Kuala Lumpur, two newlyweds were seen attending to guests at their wedding reception.

Just 10m away, children were spotted running around an indoor playground while being observed by their parents. A public library was located one floor below.

This is a growing trend at malls in Malaysia, which are no longer merely places people go to for shopping and eating.

The more diverse options are aimed at attracting foot traffic and filling up empty retail space.

Event planner Eiman Natasha Alisa Sharin said easy access, adequate parking and air-conditioning were some of the reasons why people were holding their events, including birthday parties, in shopping complexes.

“We receive wedding bookings almost every week and we expect this trend to continue.”

Converting commercial spaces into social venues is just one of the strategies malls in Klang Valley are adopting to attract shoppers. 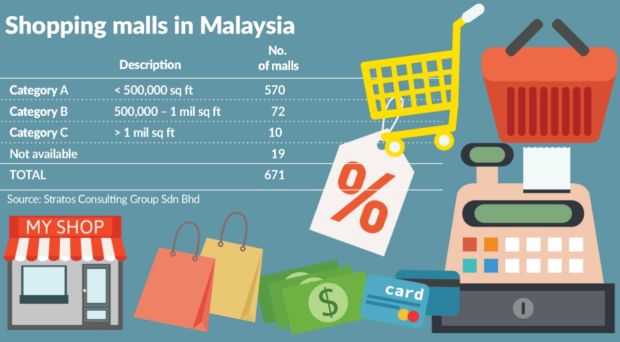 There seems to be no let up in the number of new malls being built in the country.A survey by the Malaysia Shopping Malls Association (PPKM) in 2018 revealed that there were 671 malls operating across the country, with 39% located in the Klang Valley. (See graphic)

However, the new launches are set against a backdrop of an uncertain economic situation and fierce competition from the more established and bigger players.

The popularity of online shopping too has eaten into the turnover of many retailers.

Concerns over stagnant incomes and the higher cost of living have also contributed to a drop in retail spending.

There is concern as well that the growth of retail space supply has outpaced demand.

Statistics Department data showed that Malaysia’s population has grown from 28 million to 35 million in the last decade with an estimated annual growth of 1.1%.

This figure however, does not necessarily translate into more spending as people’s purchasing power has not grown in tandem. 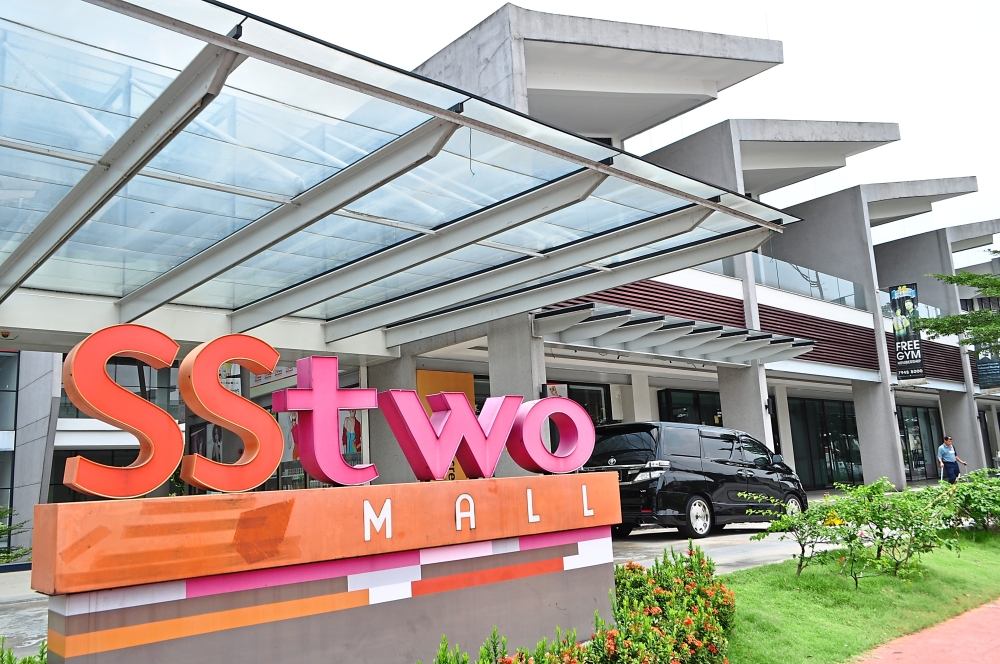 SStwo Mall in Petaling Jaya is among a handful of malls which have closed. —filepic

The appetite among developers to build more shopping centres has not slowed down, with many mixed development projects still being launched.

During the previous Asian economic crisis, several commercial projects such as Plaza Rakyat in Pudu were abandoned, Two decades on, it has still not been revived.

There are also many older shopping centres like Galaxy Ampang Mall which are in a dilapidated state and find it difficult to compete with newer and bigger malls.

“Oftentimes, the circumstances have changed and it is more cost-effective to just demolish the building than reviving it. Teo says an 80% occupancy ratio is considered good for malls.

“By the time a mall is abandoned, the economic value of the land has already dropped. Thus, there is little incentive either by the state government or the developer to demolish it.”

Despite the seeming gloom though, only two malls have closed in recent times – Ampang Park which had to make way for the construction of the LRT line and SStwo Mall in Petaling Jaya which has been bought over and will now become a mixed development project that includes a hotel, serviced apartments and smaller retail space.

“Many developers were racing to build more shopping complexes about a decade ago.”

There seems to be a slight easing off as a report published in the first quarter of 2018 by Bank Negara Malaysia showed that the development of shopping complexes had declined to 69.5% compared to 75.8% in 2017.

Although there is a perceived oversupply, rental rates have remained high, leading to a drop in occupancy rates.

In the association’s survey, which comprised 47 respondent malls, it was revealed that the average occupan­cy rate stood at 92%, with an average month gross rental rate of RM7.87 per sq ft.

“We forecast the retail industry will grow by 4.5% this year,” said Teo.

Soo said consumption patterns, not oversupply, should be the main focus.

“Lack of confidence among consumers regarding the economy is adversely affecting their spending behaviour.

“Malls need to differentiate themselves from competitors in order to attract target consumers. Soo says it will be difficult to revive old malls.

“An explosion of new malls offering the same brands will only reduce their percentage share.”

With more people doing shopping online, he said it was important for every mall to identify their target market and work towards catering to them.

“People can now order food online and have it delivered to their doorstep. Malls need to work harder to attract patrons to their restaurants.”

On the belief that bigger malls could spell doom for smaller ones, Soo said while this was true to an extent, it did not have to be the case.

“There are other factors which either make or break a mall. The operators need to identify those factors and adapt accordingly.”

An even bigger threat to traditional standalone malls are mixed integrated developments with a retail component.

The days of cookie-cutter shopping centres, where owners have the same tenant mix and concept are long gone.

As such, mall managements will have to think of ways to stand out from the rest.