Mayor: No protection for MBPJ wrongdoers 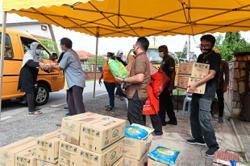 He made the declaration at the Petaling Jaya City Council (MBPJ) fullboard meeting yesterday, in reference to the alleged bribery case involving MBPJ officers.

He said the case was still being investigated by Malaysian Anti-Corruption Commission (MACC).

“In such cases, two parties are at fault, the one bribing and the one receiving.

“When issued a summons, shopowners can appeal their case at the council (instead of offering bribes).

“I urge people not to take the easy way out in such incidents, that is how you might be taken advantage of,” he said.

When asked by a journalist if the officers were suspended, he retorted, “Who told you that? Do not believe in hearsay.”

It was previously reported that two MBPJ enforcement officers were alleged to have asked for bribes and are currently desk-bound during the MACC investigation.

The case made headlines when a video of what appeared to be an MBPJ enforcement officer receiving money from a shopkeeper in Kelana Jaya went viral on social media.

The shopowner was said to have been asked to pay between RM100 and RM300 to avoid being fined a higher amount by the council’s enforcement officers doing routine checks.

MBPJ councillor Terence Tan Teck Seng, who is in the council’s licensing committee, suggested that the Licensing Department set up booths in shopping centres to allow business proprietors to easily apply for permits to place promotional materials outside their shop.

“The permits can be issued the same day.

“There is also a suggestion for the council’s 2017 Advertising by-law to be amended so that the permit fee is waived for shops within malls,” he added.

Mohd Sayuthi said the council would have a meeting with the state exco to discuss this issue soon.

Meanwhile, the city has recorded two deaths from dengue fever, one in SS21/2 and the other in PJS6/4E.

“We were just informed that the resident in SS21 was hospitalised in Kuala Terengganu and there were no prior dengue cases in SS21.

“PJS6/4E, however, is a dengue hotspot,” said the council president.

There are 16 hotspots in Petaling Jaya.

making it a 301% increase from the same period last year, in which 1,077 cases were reported.

The fullboard meeting also announced that MBPJ had – up until May – checked 545 food premises, issued 658 compounds and ordered 84 premises to shut down under the MBPJ 2007 Food Establishment Bylaw.

It also conducted 344 checks on 24-hour restaurants, of which 76.5% were found to be complying with the council’s order for a two-hour mandatory closure for cleaning purposes.

There were 138 compound notices issued for various offences.

MBPJ said it was extending its discount campaign, which was supposed to end on June 30, to Aug 31 in conjunction with National Day celebration.

The council is offering discounts for traffic and parking compounds.

To check outstanding summonses, download the Smart PJ Enforcement app from Google Playstore, visit www.mbpj.gov.my or call 03-7958 8085 ext 125/126. Payment can be done over the counter at MBPJ’s headquarters and branch offices or via the app.

After the meeting, the council launched its “Plastic-Free and Ban on Polystyrene Campaign” in line with the Federal Government’s Roadmap Towards Zero Single-Use Plastics 2018-2030 that was introduced last October. 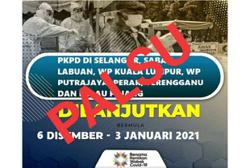