Home in the valley of farmers

THE fragrance of chicken rice used to clash with the sour, nose-tickling smell of rubber being processed in Paya Terubong, Penang.

But that was a long time ago.

“I grew up here. We smelled the rubber every day till we forgot about it. We only remember when outsiders come to buy our chicken rice and ask us what that smell is,” he said.

Sin Nam Huat Chicken Rice is one of those must-have Penang dishes for the hordes of food lovers who venture here in search of gastronomic delights.

There are now 10 Sin Nam Huat branches statewide and most people do not know that the founder – Lee’s father – spent about 40 years perfecting it in Paya Terubong.

Lee was surprised when told the former rubber factory, coincidentally called Lee Rubber, was the largest in Malaysia at the time. “It was that big? But we are glad the factory finally moved. Now Paya Terubong smells good again,” he said with a smile.

Lee Rubber set up shop in Paya Terubong in 1970 and those days, there were nothing but rambutan and lime trees and acres of vegetable farms there.

In what can be thought of as modern times, Paya Terubong was the last place to be “developed” as an extension of George Town.

And there’s also the RM8mil Paya Terubong market and food complex set to be open sometime this year.

“Finally, we have a chance to trade in a proper market,” a hawker smiled broadly. Wong’s vegetarian hawker stall has been offering a variety of meat-free noodles and desserts for the past 20 years not far from Eco Terraces.

According to a report by Penang Institute, the state government’s policy think tank, the first high-rise housing in this township appeared only in the 1980s.

“Then at one time, there were jams every morning and evening. But it is all better now because the roads have been widened,” said Wong.

It was reported that Paya Terubong has the highest population density of residents in the northeast district where George Town is.

Housing projects maximised every square foot of land to create low and medium-cost housing projects in Paya Terubong, but one project stands out and they are the homes commuters see on the right when they drive towards Bayan Lepas from Paya Terubong. 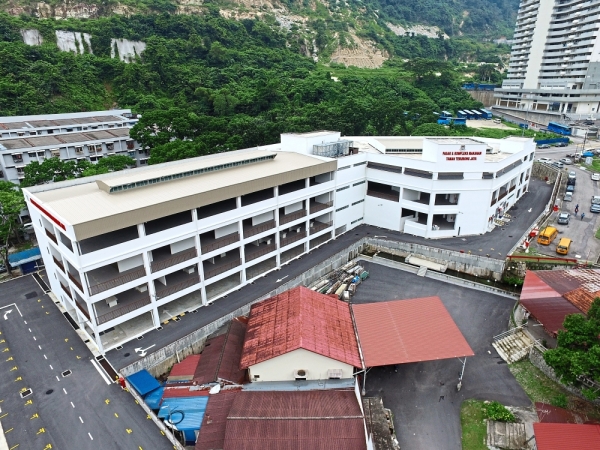 The rest of the sprawl is use to create breathtaking gardens, a host of communal facilities, and even a meditation deck.

“We want Eco Terraces to be multi-generational. From old to young, we want them to have a happy home here.

“Paya Terubong is like that. People buy property to live here. That is the fabric of Paya Terubong. I can tell you the food here is great,” Eco World Development Bhd divisional general manager Chan Soo How said with a chuckle.

Fly a drone to capture a photo of this township and it becomes obvious: the suburb is a valley, blocking the pollution of busy George Town by a hill on the east and then guarded from over development by the Penang Hill range on the west.

Chan said when Eco World bought the land on which Eco Terraces now stands on, it was already disturbed by former quarrying activities.

“So we decided to preserve what was left and focused on building homes that kids and grandparents would love,” he said.

Aside from standard facilities such as a swimming pool, aqua gym, ponds and walking trails, Eco Terraces boasts of a mini theatre, karaoke lounge and gourmet kitchen for householders to wow their guests without cramming their homes with people. Old fashioned, painted rattan sun blinds such as this are still a common feature in Paya Terubong town.

Not far from Eco Terraces, where that old rubber factory used to be, the Sunway Group is planning a comprehensive development that includes a shopping mall, medical centre, residential suites, retail shops, office towers and education hub.

His constituency officer Toon Hoon Lee said she was delighted by how Paya Terubong is forming into a township.

“The government is planning three roads for Paya Terubong residents to commute to all parts of the island.

“In time to come, this valley will be like a peaceful residential hideout, away from bustling tourism and industrial spots on Penang island,” she said.

All this new roads have interchanges for Paya Terubong residents to use, allowing for a smooth connection to the rest of the island from this place that was once a valley of farmers. 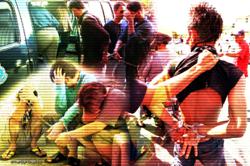