Hoods and hobs for any kitchen

Fotile will be showcasing some of its latest hoods and hobs and its Fotile W Pro is the highlight at Perfect Livin ‘19 home exhibition.

The four-day exhibition will be held at Sultan Ahmad Shah International Convention Centre (SASICC) in Kuantan from April 25 to 28.

Fotile Marketing Sdn Bhd general manager Tang Dee Hua said the hood is equipped with Intelligent self-adjusting plate according to the volume of cooking fumes. “The smart-wing suction plate adjusts itself automatically to the volume of airborne grease and smoke, not allowing any to escape.

“It also comes with a DC inverter motor for quieter and stronger suction,” she said in an interview at Fotile flagship showroom in Shah Alam, Selangor.

The plate lowers itself if a lot of smoke is detected to allow for a wider smoke-trapping range. The easily removable plate and oil cartridge are easy to clean and the product won the iFdesign awards.

Fotile will also introduce its Superflame series gas hob that comes with high burning efficiency at its soft launch at the exhibition.

“The product has a high heating capacity and comes with zero-second ignition feature. With such efficiency, it saves 20% of gas consumption. “It has a flexible cutout size that fits the replacement market,” Tang said. “Many houseowners who want to replace their hobs often have trouble finding the right size, but the Superflame series offers a range of sizes,” she added.

Visitors will be spoilt for choice at the exhibition with Fotile showcasing some of the trendiest product line-up as well as offering great discounts.

Visitors can also check on the hob and hood packages that range from RM5,288 to RM6,688. There is an extended warranty of 10 years for all the hood motors.

The first 500 visitors will receive Perfect Livin Dry Bag 2L every day of the exhibition.

Opening hours are from 11am to 10pm. Admission is free. 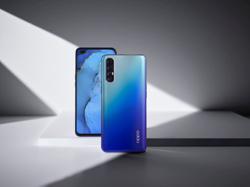