THE party-hopping phenomenon in Malaysia's political scene shows no sign of stopping and has now spread to Sarawak.

Unlike the defections in Peninsular Malaysia and Sabah though, the jump by a Sarawak MP did not involve crossing the political divide.

A quick rundown of Sarawak politics - PSB is the new name of United People's Party (UPP), the splinter party of Sarawak United People's Party (SUPP). It is part of the state government but has not been formally accepted into GPS, just as SUPP was never officially a part of the then-Sarawak Barisan Nasional pre-GE14 but worked together in what was known as the BN Plus formula.

This situation remains essentially the same after the state Barisan parties quit to form GPS on June 12 last year.

Masir's switch doesn't really affect the numbers in Parliament as PSB is, to all intents and purposes, with GPS.

But it may affect the balance within GPS, particularly when it comes to seat allocation for future elections.

PRS leaders are upset by PSB's decision to accept Masir in particular as he is a sitting MP and was a vice-president before quitting.

The question now is whether PSB will claim the Sri Aman seat, leading to a clash with PRS.

But this is a problem of GPS' own making, or rather one it inherited since the time UPP and Teras were formed as splinter parties in 2014.

In the 2016 state election, seat disputes between SUPP and UPP as well as Progressive Democratic Party (PDP) and Teras were settled by way of fielding "direct Barisan candidates" from UPP and Teras.

The UPP candidates who won rejoined the party after the election while the Teras assemblymen were later accepted into Parti Pesaka Bumiputera Bersatu (PBB), the largest party in the then-state Barisan and now GPS.

So what is happening now with PRS and PSB is nothing very new. In fact, party-hopping such as this is likely to happen again as long as politicians, political parties and coalitions do not have strong and clear principles against it.

For politicians, leaving a party should be a difficult decision, one that is taken after long thought and maybe even a painful struggle, because you feel that your party no longer holds to what it stands for, for example, or that you cannot in good conscience agree with the direction or actions taken by your party.

And once you have left, you become an independent or form a new group with like-minded politicians.

But that has seldom appeared to be the case here.

For Malaysian politicians, quitting a party to join another one, even one across the political divide, seems to be as easy as changing cars. Easier, maybe, as it doesn't involve a personal cost.

And the parties which accept them seem to have no misgivings about the process either, as if numbers are the be-all and end-all in politics.

It doesn't help that most parties in Malaysia, whichever side of the divide they're on, are not really very different in their ideology and values, which in a way facilitates jumping as it doesn't require a change in personal ideology.

Look at the reason Masir gave for joining PSB, "I believe PSB is a truly multi-racial party and can unite all races in Sarawak. PSB is an independent local-based party that can speak up for all Sarawakians, irrespective of race or religious belief."

But that can be said for all the parties in GPS and even the local opposition parties.

It's up to the parties, and the coalitions they belong to, if and how they want to set out principles or guidelines on party-hopping.

Otherwise, all they can do is express their unhappiness when it happens to them. 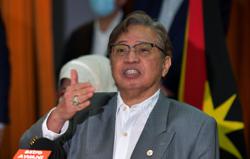 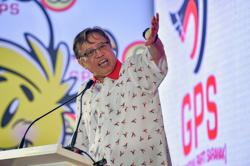 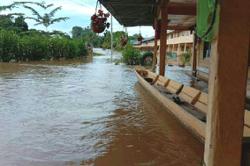