U.S. pledges $600 million in Afghan aid, but half depends on peace talks

Murugiah (left) presenting a memento to Mohd Yussof during the ‘Nurturing Patriotism Among Different Cultures in Malaysia’ talk at Komtar.

MORE than 50 people attended a talk by Penang Hindu Association to create awareness among the younger generation about the nation’s history, challenges and prospects of the future.

The event was also held to cultivate the spirit of unity among the different cultures in the country.

The talk, held in English, featured a panel of three speakers.

Association president P. Murugiah said the talk was a revisit of Malaysian history.

“We hope that those who attended this event would learn more about the country’s pre and post independence,” Murugiah said in his opening speech at the ‘Nurturing Patriotism Among Different Cultures in Malaysia’ talk in Komtar, Penang, recently.

He also urged the Federal Government to check and rewrite history textbooks with regards to the representation of Indian and Chinese cultural background.

They shared about the important events that took place during the Japanese Occupation, the role of different political parties and the fight for independence by our local leaders during the talk.

U.S. pledges $600 million in Afghan aid, but half depends on peace talks 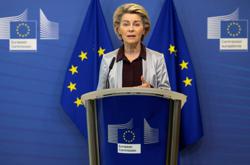