Clearing of native land for plantations must be stopped 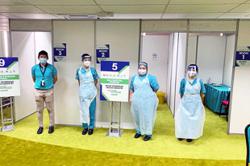 An aerial view of a vast area of land cleared for plantations in the Baram interior in northern Sarawak.

MIRI: Sarawak state government leaders must adhere to the decision by the Federal Government to stop creating new oil-palm plantations or expanding existing ones.

Society for Rights of Indigenous Peoples of Sarawak (SCRIPS) welcomes the recent announcement by Primary Industries Minister Teresa Kok that Putrajaya feels that there is no more need for more land to be opened for oil-palm plantations in the country.

SCRIPS secretary-general Michael Jok yesterday said Sarawak must comply with the Federal Government’s decision and do likewise in the state.

“For more than 20 years, Sarawak leaders have been giving provisional licensing leases to mega private oil-palm companies to open up huge areas of forests belonging to the Sarawak indigenous natives to set up oil-palm plantations.

“There must be more than a few million hectares of native land opened up so far.

“The state leaders keep saying that these private companies are needed so that they can set up plantations in order to improve the livelihood of the natives. We all know today that the natives who lost their land to these oil-palm plantations are no better off than they were before. In fact many of them have lost control of their native land to these private towkays and they are not getting the benefits.

“The natives are not getting the shares or dividends or jobs promised to them. SCRIPS welcomes the announcement by Minister Teresa Kok in Putrajaya, who said that there is no need to create more oil-palm plantations as there are more than enough already. Putrajaya needs to make sure the Sarawak state government implements a similar decision here.

“Sarawak state leaders must stop the expansion of any more plantations into native customary rights land,” he reiterated.

Jok said it is a habit for Sarawak state leaders to issue provisional leases to private companies to open new land without consulting the natives who are living on these land.

“This sort of indiscrimination against the rural natives have caused a lot of disputes,” he stressed.

He cited as example the latest case in Marudi district whereby 28,000 hectares of native land were earmarked by the state government for a new plantation despite the area having a big population of natives.

The villagers held a joint meeting and highlighted their plight to Sahabat Alam Malaysia (SAM).

SAM president SM Mohd Idris deployed his staff in Marudi to the site. SAM later told The Star that the dispute involved more than 28,000 hectares of native land. SAM then issued a statement to the press urging the state government not to proceed with the project.

“Do not issue any permits to clear the land until the grouses of the natives have been addressed. The natives are saying that they are being pressured since late last year. They say they had been told that their land will be taken over for the project,” Mohd Idris said.

SAM officers in Marudi are getting details on the size of the proposed project and are gathering data from the natives as to their native land boundaries.

Jok yesterday said the Marudi protest was just one of many such cases in Sarawak.

“The proposed plantation project involving more than 28,000 hectares of native land is so big.

“The impact is worrying to the environment too,” he said, adding that the rights of the natives must be protected.

It is good if SAM brings it to the attention of Putrajaya, he added. 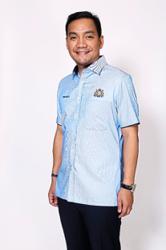 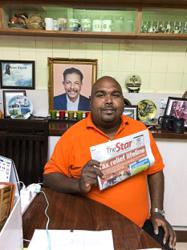