MANY who know little of engineering perceive the field as mundane and rigorous.

In reality, the role of engineers is much more than just crunching numbers in front of a computer monitor.

“The demand to make things better, durable, stronger or faster is always there, and that is where engineers come in as problem-solvers.

“From something as simple as a chair and a pen right up to a car, a smartphone and an airplane, every man-made object needs engineers to develop or enhance,” said University of Southampton Malaysia (UoSM) Assistant Professor Dr Gan Khong Wui when met at the recent Star Education Fair held at Kuala Lumpur Convention Centre.

“Various industries, including finance, insurance, accountancy and medical, require the expertise of engineers for their systems and operations, on top of sectors such as manufacturing, transportation and logistics. 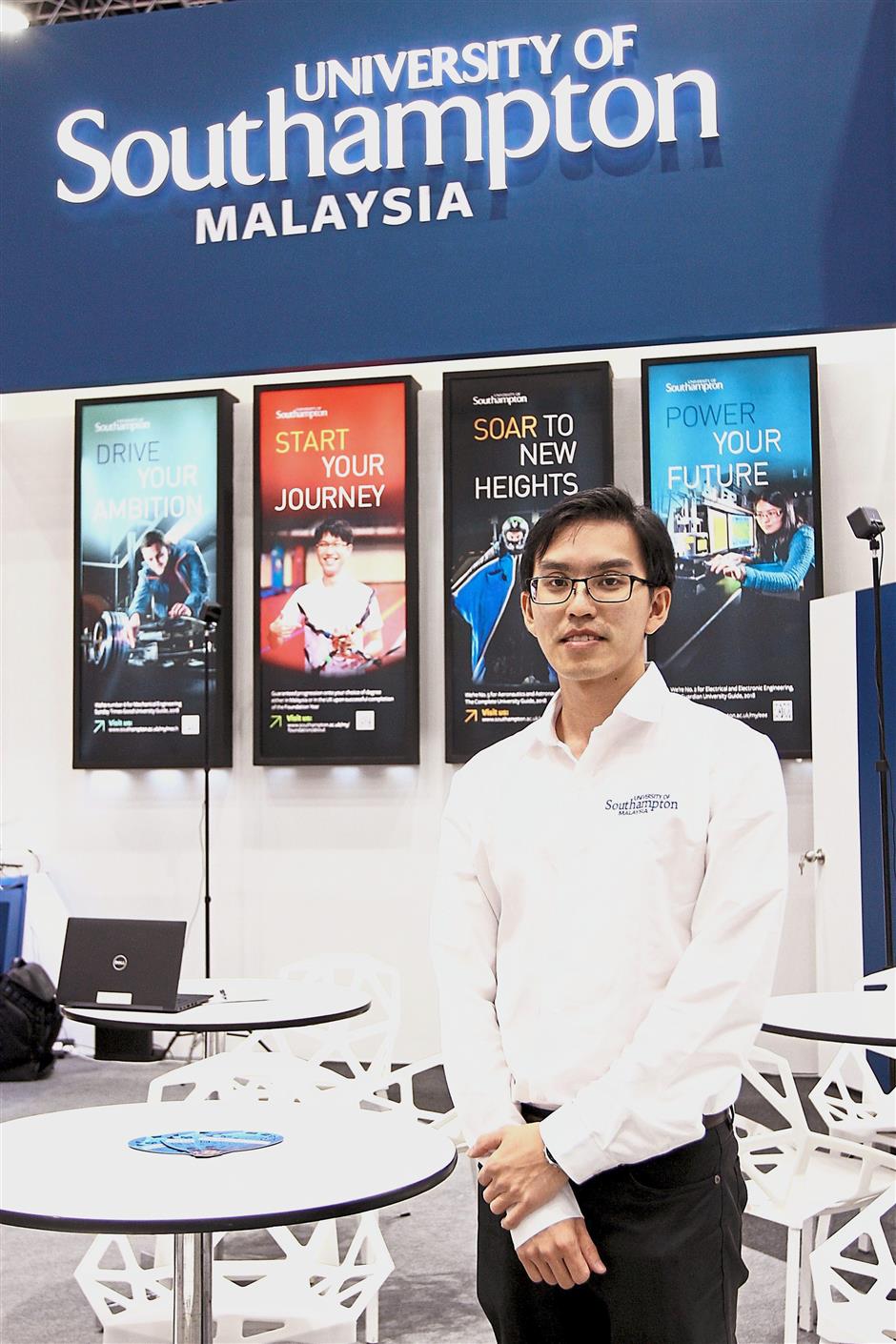 “These professionals too play a huge role in tackling global challenges such as food security and climate change.

“The common goal of all engineers across different industries is to come out with the best solution for a problem or to enhance a current situation.”

However, being an engineer is not just about being book-smart and possessing technical skills, he said.

“When it comes to workplaces, regardless of any industry, soft skills are equally important.

“Aside from proficient technical capability, employers look for candidates who can work well with other people, perform well and achieve company’s goals.

“These attributes include communication skills, teamwork, creativity, time management, leadership and critical thinking, among others,” he said.

As an example, he pointed out that communication skill is needed to work in a team productively as well as convey ideas to clients and stakeholders.

“To expose students to real-world working experience, students are encouraged to start internship programmes as early as their first year during the summer break.

“The internship attachment could be internally, externally or even out of the country,” said UoSM marketing and recruitment officer Illi Saddique.

She added that records showed that the university’s graduates were hired within three months after completing their courses.

Students at the Malaysia campus are offered the same course content as students in the United Kingdom, including the same laboratory experiments and practical tutorials.

“The university also has a ‘flying faculty’, where lecturers in the UK are attached to our Malaysia campus for about a month to facilitate knowledge sharing with the students.

“Participating lecturers will teach based on standardised modules as in the UK, thus maintaining the university’s quality of education,” said Illi, adding that student entry requirements were the same as the campus in the UK.

The university also offers scholarships for local and international students.

As a founding member of the Russell Group of research-intensive UK universities, The University of Southampton has a global reputation for academic excellence.

It is placed in the top 100 of global universities in the world.

“According to The Guardian University Guide 2019, we are ranked second for electrical and electronic engineering and sixth for mechanical engineering, in the UK.

“For aeronautics and astronautics, we are currently ranked fourth in The Complete University Guide 2019,” added Illi.

The university is also ranked 15th among UK universities listed in the Times Higher Education Rankings 2018.

The university’s degree programmes offer a unique Southampton education for the first two years in Malaysia combined with the final two years at a world-class research-centred university in the UK.

“Its premier undergraduate MEng Mechanical Engineering, MEng Aeronautics and Astronautics, and MEng Electrical and Electronic Engineering programmes allow students to study using some of the latest research facilities and equipment in the world and put the theory they learn into practice to deliver real results,” said Illi.

Since its inception in Malaysia seven years ago, the UoSM campus has produced three cohorts of graduates.

The next intake is this September. The university will be having its Information Day on Aug 18 from 10am to 2pm at its campus within the EduCity development in Iskandar Puteri, Johor Baru.